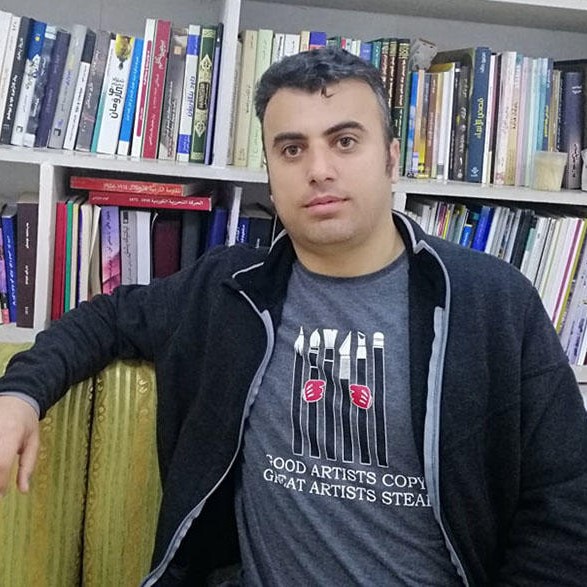 On October 7, 2020, Iraqi Kurdish journalist Sherwan Sherwani was arrested and subsequently forcibly disappeared for 19 days. On February 16, 2021, he was sentenced to six years’ imprisonment by Erbil’s Criminal Court. The defendants' sentencing was confirmed on appeal on April 28 and June 27, 2021.

Sherwan Sherwani is an independent Iraqi Kurdish journalist who mainly investigates and denounces cases of human rights violations and social injustice in the Kurdistan Region as well as of political corruption within the regional governmental institutions. Sherwani had been subjected to harassment and intimidation by the Kurdish authorities due to his journalistic activities in the past already.

On October 7, 2020, Sherwan Sherwani was arrested in his home in Erbil by plain-clothed men with their faces covered. The arrest warrant he was presented with did not indicate the reason for his arrest. Following his arrest, Sherwani was forcibly disappeared for 19 days and placed in solitary confinement for 68 days.

On October 11, 2020, the Kurdistan regional government’s international advocacy coordinator accused Sherwani on Twitter of receiving “foreign funding with the aim of destabilising the country”, of endangering the lives of judges, and of encouraging violence during anti-government protests. Sherwani later told his lawyer that he was kept in solitary confinement and subjected to acts of torture by his interrogates, with the aim of forcing him to confess to these accusations.

On October 26, 2020, Sherwani’s lawyer was allowed to visit his client for the first time at the Asayish Gishti detention centre in Erbil, which is run by the Kurdish security agency. The lawyer reported that Sherwani’s psychological and physical state had considerably deteriorated. Moreover, the Asayish authorities allowed Sherwani’s family to visit for the first time only three months after his initial arrest and again mid-June 2021.On November 27, 2020, six UN Special Procedures mandate holders sent a letter to the Iraqi Government requesting additional information and/or comments on Sherwani’s alleged enforced disappearance and arbitrary detention.

On December 29, 2020, the Iraqi authorities responded to the UN Special Procedures, claiming that no coercion was involved in the process of obtaining Mr Sherwani’s confession, that he was not held in solitary confinement and that proceedings were “taking place in full respect of legal formalities and of the international obligations of Iraq”.

On February 16, 2021, Sherwani was sentenced to six years’ imprisonment together with four other activists and journalists by the Erbil Criminal Court. They were charged under a provision prohibiting “acts prejudicial to the security, stability and sovereignty of the Kurdistan Region of Iraq” and accused, inter alia, of having gathered information and passed it on to foreign actors outside of Iraq in exchange for money and of having collected arms to supply an unidentified armed group. Observers have denounced the violations of fair trial standards during the hearing and the court’s dismissal without further examination of torture allegations raised by the defendants. The defendants were sentenced based on information provided by a secret informant, secret key evidences not presented to the defence and evidence consisting of non-conclusive transcripts of social media exchanges between the defendants. According to the trial observers, the transcripts did not contain any incriminating anti-state assertions and were “mainly conversational in style”.

On April 28, 2021, the sentence of Sherwani as well as of the four other defendants was upheld on appeal. The Court also found them guilty of having contacted the American as well as the German consulate and of having received money from them.

On June 5, 2021, the defendants’ lawyers requested a “Correction of the Cassation Decision”, which was rejected on June 27, 2021. Instead, the six years’ prison sentence was confirmed for a second time. The defendants are currently held at the Erbil Central Prison.

According to the defense lawyers, the very same judges who had rendered the decision in the original trial on February 16, 2021, also confirmed their own judgement as part of the Court of Cassation on appeal on April 28, 2021, and when responding to the defendants’ request of a correction of the Cassation decision on June 27, 2021.

After the sentence against Sherwani and the other four defendants was upheld on appeal, MENA Rights Group seized the UN Working Group on Arbitrary Detention (WGAD) on their behalf. In November, the UN experts issued an Opinion finding their detention to be arbitrary. In particular, the WGAD concluded that there was no legal basis for their detention, that they were detained for the peaceful exercise of their rights to freedom of expression, to participate in the conduct of public affairs, and to peaceful assembly. Furthermore, the WGAD explained that the fair trial violations observed were of such gravity as to give the five individuals’ detention an arbitrary character. Finally, the WGAD found that there was a strong presumption that the detention also constitutes a violation of international law on the grounds of discrimination based on political or other views.

November 18, 2021: The Working Group on Arbitrary Detention (WGAD) issues Opinion No. 71/2021, stating that Sherwan Amin Naou and four other defendants are being detained arbitrarily and calling on the authorities to immediately release them.
July 7, 2021: MENA Rights Group seizes the WGAD.
June 27, 2021: The six years’ prison sentence for Sherwani and the four other defendants is confirmed on appeal for a second time. The defendants are held at Erbil Central Prison.
June 5, 2021: The lawyers of Sherwani and his four co-defendants request a “Correction of the Cassation Decision”.
April 28, 2021: The sentence for Sherwani as well as the other four defendants is upheld on appeal.
February 16, 2021: Sherwani and four other activists and journalists are sentenced to six years’ imprisonment, followed by five years’ police surveillance, by Erbil’s Criminal Court.
November 27, 2020: Six UN Special Procedures mandate holders send a letter to the Iraqi Government requesting additional information and/or comments on Sherwani’s alleged enforced disappearance and arbitrary detention.
November 27, 2020: MENA Rights Group and Reporters Without Borders request the urgent intervention of the UN Special Rapporteur on the promotion and protection of the right to freedom of opinion and expression, the UN Special Rapporteur on torture and other cruel, inhuman or degrading treatment or punishment, and the UN Working Group on enforced or involuntary or enforced disappearances.
October 26, 2020: Sherwani’s lawyer is allowed to visit him for the first time at the Asayish Gishti detention centre in Erbil. Sherwani informs his lawyer that he was subjected to torture by those interrogating him to force him to confess to the accusations made against him.
October 11, 2020: The Kurdistan regional government’s international advocacy coordinator accuses Sherwani on Twitter of receiving “foreign funding with the aim of destabilising the country”, endangering the lives of judges, and encouraging violence during anti-government protests.
October 7, 2020: Sherwani is arbitrarily arrested in his home in Erbil.