Two brothers disappeared since arrest in Diyala in 2015

Two brothers disappeared since arrest in Diyala in 2015 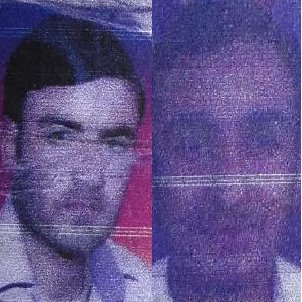 Brothers Ahmed and Akram Al Obaidi were disappeared from Baqubah in the Diyala governorate after being arrested by the Special Weapons and Tactics (SWAT) on January 16, 2015.
Latest Updates
August 20, 2019: MENA Rights Group and Al Wissam Humanitarian Assembly request urgent intervention of the UN Committee on Enforced Disappearances.
January 16, 2015: The Al Obaidi brothers are arrested by officers of the SWAT forces.

At around 1.30 a.m. on January 16, 2015, members of the Special Weapons and Tactics (SWAT) wearing black uniforms raided Ahmed Al Obaidi’s home in Baqubah before arresting him along with his brother Akram Al Obaidi. They were forced into official vehicles and taken to an unknown location. The arrest was witnessed by the neighbours.

The SWAT forces operate under the authority of the ministry of Interior.

A week following the arrest of the two brothers, their family reported their disappearance to the police in Baqubah, to no avail. Ahmed and Mohammed’s fate and whereabouts remain unknown to date.