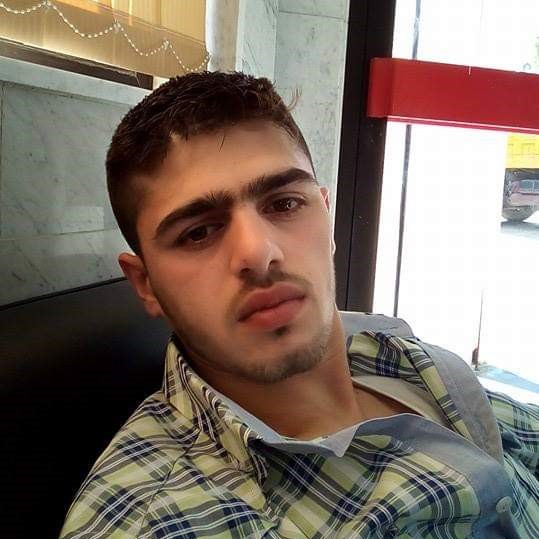 On October 12, 2019, Syrian refugee Hadi Al Zuhuri was expelled by the Lebanese authorities and sent back to his country of origin. Following his repatriation, he was immediately arrested by the Syrian authorities at the Jdeidet Yabous border crossing between Lebanon and Syria and was then taken to an unknown location. His fate and whereabouts remained unknown until October 25, 2019, when he reappeared in a detention center in Damascus. On April 23, 2020, Al Zuhuri was released from the Palestine Branch in Damascus.

Al Zuhuri and his parents fled from Syria in 2013 after his father was wanted by the Syrian authorities for participating in peaceful protests in 2011.They registered with the UNHCR shortly after finding refuge in Lebanon. They decided to settle in Zahlé in the Bekaa governorate.

In July 2016, Al Zuhuri was arrested by the Lebanese Military Intelligence before being referred to the Military Court. As he was still a minor at the time of committing the alleged offence, his case was referred to the Juvenile Court in Zahlé, which sentenced him to three years in prison for “attempted murder” and “belonging to an armed group”. In September 2018, he was sentenced to an additional one and a half years in prison for “drug trafficking” by the Baabda Court House.

In September 2019, when Al Zuhuri’s initial prison sentence was about to be served, his father demanded if his son could serve the two sentences concurrently so that he can be released. Although his request was accepted, Al Zuhuri’s father was informed that a deportation order had been filed by the Public Prosecutor of the Baabda Court.

On October 12 2019, the Lebanese General Security Directorate handed over Al Zuhuri and four other Syrian refugees, who had also served prison terms in Lebanon, to the Syrian authorities. The transfer occurred at the Jdeidet Yabous border crossing. Following the hand over, they were immediately arrested by the Syrian Immigration and Passport Department. They were then taken to an unknown location. He was seen the next day by a close friend of the family on board a military truck circulating in Damascus.

Al Zuhuri’s deportation constitute a clear violation of the non-refoulement principle as his application for refugee status was still pending before the UNHCR. The Lebanese authorities could not have ignored the substantial grounds for believing that Al Zuhuri would be in danger of being subjected to enforced disappearance and torture upon his return to Syria.

On October 25, 2019, Al Zuhuri’s family was able to meet with him in a detention center in Damascus. He was eventually released from the “Palestine Branch” in Damascus on April 23, 2020.

April 23, 2020: Al Zuhuri is released from the “Palestine Branch”.
January 23, 2020: Lebanese authorities reply to the UN Working Group on Enforced or Involuntary Disappearances stating that “Hadi Diaa Al Zuhuri born in 1995 has been deported on the basis of an alert from the prosecutor at the Mount Lebanon Court of Appeal”.
October 25, 2019: Al Zuhuri reappears in a detention center in Damascus.
October 24, 2019: The UN Working Group on Enforced or Involuntary Disappearances sends an urgent communication to the Syrian authorities requesting them to clarify Al Zuhuri’s fate and whereabouts. The Working Group sends a copy of the communication to the Lebanese authorities and to the United Nations High Commissioner for Refugees (UNHCR).
October 15, 2019: MENA Rights Group requests urgent intervention of UN Working Group on Enforced or Involuntary Disappearances.
October 12, 2019: Sent back to Syria via the Jdeidet Yabous border crossing ; Arrested by the Syrian Immigration and Passport Department.
September 2019: Public Prosecutor of the Baabda Court ordered his removal to Syria.
2016: Arrested by the Military intelligence; the Juvenile Court of Zahlé sentenced him to three years in prison for “attempted murder” and “belonging to an armed group”.
August 5, 2013: Registration with UNHCR.
June 16, 2013: Moves to Lebanon after fleeing Syria.