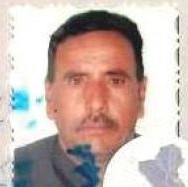 In August 2014, Saif Al Aquili was arrested from his home in the Kilo 18 neighbourhood of Latifiya by members of the Special Weapons and Tactics (SWAT), and taken to an unknown location. He was seen by a former detainee inside Al Muthana airport prison in May 2018, but his family has not received any formal information about him since his arrest.

On August 23, 2014, dozens of members of the SWAT forces dressed in both civilian clothes and military uniforms arrested several acquaintances of Al Aquili whom he had visited earlier.

The SWAT forces then headed towards Al Aquili’s home. They stormed his house before violently arresting him. They tied his hands behind his back and blindfolded him. Members of his family – including children – were held at gunpoint in a separate room. The officers searched Al Aquili’s house before taking him to an unknown location.

Al Aquili’s son enquired about his father’s fate and whereabouts at the Central Criminal Court, the Tasfirat prison, and the local police station in Latifiya, but to no avail. On May 20, 2018, a former prisoner informed Aquili’s family that he had seen him at the Muthana airport earlier that month.