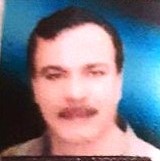 On December 27, 2006, Qassim Al Obaidi was arrested by members of the Iraqi federal police at Al Georgia checkpoint north of Baqubah and taken to an unknown location. His fate and whereabouts remain unknown to date.
Latest Updates
July 18, 2019: MENA Rights Group requests intervention of UN Working Group on Enforced or Involuntary Disappearances.
January 2007: Family enquires about his fate and whereabouts with Baqubah Police Directorate and Investigation Court of Baqubah.
December 27, 2006: Arrested by Iraqi police officers at checkpoint near Baqubah.

On December 27, 2006, Qassim Al Obaidi was driving his car north towards the town of Baqubah when he arrived at the Al Georgia checkpoint, which was under the control of the Iraqi federal police at the time.

While he was on the phone with his brother, Al Obaidi was stopped at the checkpoint, where the police officer took his mobile phone and, after seeing a picture of former Iraqi president Saddam Hussein as screensaver, shouted at him and abruptly ended his phone call.

Following this incident, Qassim’s brother was unable to reach him on the phone. Later on, thirty minutes after the end of the call, his brother went to the Al Georgia checkpoint to enquire with the police officers about Qassim’s fate and whereabouts. Although his brother reported hearing police officers arresting him over the phone, the officers repeatedly denied that the arrest took place.

One week after the arrest, the family submitted a complaint to the Police Directorate in Baqubah, which was then transferred to the Investigation Court of Baqubah, but to no avail. Qassim’s fate and whereabouts remain unknown to date.