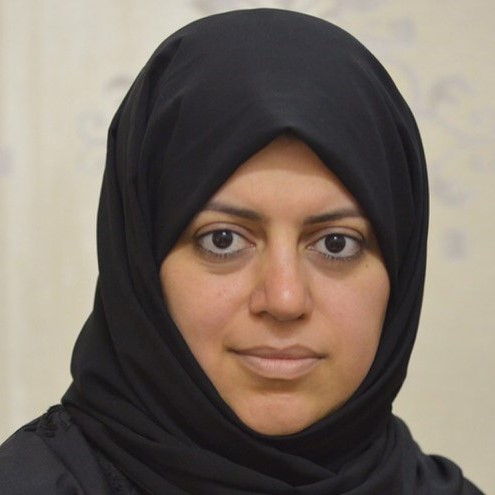 Nassima Al Sadah is a human rights defender known for her activism in favour of women’s rights and the rights of the Shi’a Muslim minority. She was involved in the campaigning for an end to the driving ban on women. In 2018, a month after the ban was lifted, she was arrested along with other activists who had championed women’s rights reforms. On March 22, 2021, her sentence of five years in prison, followed by a five-year travel ban, handed down in November 2020, was upheld on appeal. Al Sadah was conditionally released on June 27, 2021 and faces a five year long travel ban, as well as restrictions on speaking publicly about her experience.

Al Sadah is a journalist and human rights activist who has dedicated her life to the defence of civil and political rights in Saudi Arabia, in particular the rights of women and the Shi’a Muslim minority in the kingdom. She had, inter alia, been campaigning for an end to the male guardianship system and the driving ban on women. She had also been publishing her opinions on various websites and on social media networks.

On July 30, 2018, a month after the driving ban on women was lifted, Al Sadah was arrested as part of Saudi Arabia’s crackdown on activists who had campaigned against the ban. While in early 2021, Loujain Al Hathloul and Nouf Abdelaziz were conditionally released, fellow women’s rights defenders Al Sadah and Samar Badawi remained in detention.

In the first four months following her arrest, Al Sadah was placed in solitary confinement. On February 20, 2019, Al Sadah was once again placed in isolation – for an entire year. During this period, she was denied the right to see her family and her lawyer for months at a time.

On November 25, 2020, in a trial closed to international observers, the Criminal Court sentenced Al Sadah to five years in prison, half of it suspended, followed by a five-year travel ban. She was charged under article 6 of the Saudi Anti-Cybercrime Law, including for “undermining public order, religious values, public morals and private life by communicating with foreign journalists and organisations”. Her trial did not meet minimum international fair trial and due process guarantees.

On June 2, 2020, in a communication to Saudi Arabia, seven UN experts expressed their concern for the sentencing of Al Sadah for her peaceful human rights activism.

On March 22, 2021, Al Sadah’s sentence was upheld on appeal. She is expected to be released at the end of June 2021, but will face a five-year travel ban. The suspension of half of her prison sentence, moreover, means that she could be returned to prison at any moment if she continues her activism. She is currently held at Al Ha’ir prison, a Mabahith-affiliated prison.

On April 14, 2021, MENA Rights Group and ALQST for Human Rights sent an urgent appeal to the UN Special Rapporteur on the situation of human rights defenders, asking her to call on the Saudi authorities to immediately and unconditionally release Al Sadah and other detained activists.

On June 27, 2021, she was conditionally released. Al Sadah, however, remains under a travel ban.

June 27, 2021: Al Sadah is conditionally released from prison.
April 14, 2021: MENA Rights Group and ALQST for Human Rights request the urgent intervention of the Special Rapporteur on the situation of human rights defenders.
March 22, 2021: Al Sadah’s sentence is upheld on appeal.
June 2, 2020: Seven UN experts express their concerns for the sentencing of Al Sadah for her peaceful human rights activism.
November 25, 2020: In a trial closed to international observers, the Criminal Court sentences Al Sadah to five years in prison, half of it suspended, followed by a five-year travel ban.
February 20, 2019: Al Sadah is again placed in solitary confinement – this time, for an entire year.
July 30, 2018: Al Sadah is arrested along with several other activists who had championed for women’s rights reforms in the kingdom. She is held in solitary confinement for four months.