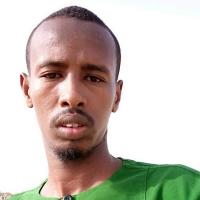 On October 21, 2018, Abdisalam Ismail was arrested near his home in Djibouti City by agents of the Service de documentation et de sécurité (SDS). He is accused of having distributed flyers showing the president sleeping at the Arab League summit in March 2017. He is currently being detained at Gabode prison.

Abdisalam Ismail, a 20-year-old member of Djibouti’s opposition party, was arrested near his home in the Balbala neighbourhood of Djibouti City by the Service de documentation et de sécurité (SDS) on October 21, 2018. He was then taken to the SDS’s headquarters in Ras Dika, where he was held until November 1. During this time, he was interrogated under duress about flyers he distributed three days before his arrest depicting the president, Ismaïl Omar Guelleh, sleeping while attending the 2017 summit of the Arab League. He was also interrogated about his political activism within the opposition party RADDE. While held at the SDS’s headquarters, he was denied contact with the outside world. On November 2, he was transferred to Gabode prison pending trial. On December 4, he was sentenced to 6 months imprisonment for "insulting the president". On April 29, 2019, Abdisalam was finally released after completing his sentence.

April 29, 2019: Released
December 4, 2018: Sentenced to 6 months' imprisonment by Djibouti’s Court of First Instance for "insulting the president". MENA Rights Group requests intervention of UN Special Rapporteur on the promotion and protection of the right to freedom of opinion and expression.
November 2, 2018: Transferred to Gabode prison pending trial.
October 21, 2018: Arrested by agents of the Service de documentation et de sécurité.