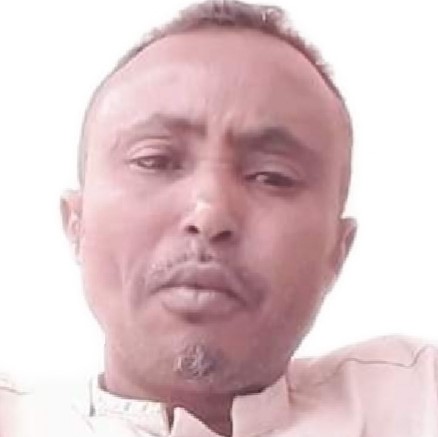 Lire la page en français
On December 23, 2019, Bourhan Ali Mohamed was arrested at his home by members of the police in Djibouti, along with his wife and cousin who were released the same day. Although the police claim to have released him on December 25, 2019, Bourhan has not returned home and his relatives haven’t heard from him since they last saw him at Djibouti Central Police Station. He was finally released without charge on January 15, 2020.

On December 23, 2019, at 5:30 am, several members of the Djiboutian police force entered Bourhan Ali Mohamed's home. In the absence of a warrant, they searched the residence before confiscating everyone's cell phones and USB keys. The police then arrested Bourhan Ali Mohamed, along with his wife and cousin. They were then transferred to Nagad Police Station. Bourhan's wife was released after an hour and, later that day, Bourhan and his cousin were transferred to Djibouti Central Police Station. The latter was released at around 5 p.m. but Bourhan was kept in detention.

Bourhan was last seen by his relatives on the evening of December 23, 2019 at Djibouti Central Police Station. When his family returned to visit him on December 25, 2019, the police station’s commander told them that he had been released earlier that day after having spent 48 hours in police custody. However, his family assert that he has not reappeared. No further information has been provided to his family regarding his fate or whereabouts, despite efforts made by his relatives to locate him. The family's lawyer referred the matter to the public prosecutor and Djibouti’s Ombudsman. The reasons for Bourhan's arrest remain unknown and his family fear that he was arrested as an act of reprisal in relation to the political activities of his aunt, who runs the opposition web-radio "Radio Boukao".

He was finally released without charge on January 15, 2020 after being held incommunicado in the town of Moulhoulé near the border with Eritrea.