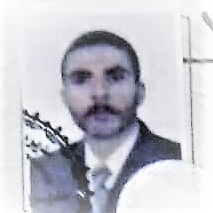 In June 2015, Al Sifawi was arrested at a checkpoint in Haswa by pro-government militias while he was travelling from Baghdad to Mosul, where he usually resides. His fate and whereabouts remain unknown to date.

On June 15, 2015, Al Sifawi and his family were traveling from Baghdad to Mosul when they were stopped at a checkpoint in Haswa controlled by a group of five militiamen wearing military uniforms, some of whom wore badges of the Hezbollah Brigades. Dozens of other cars were stopped and all passengers were ordered to get out of their vehicles. Men and women were then separated from each other, and approximately 25 men were forced into white pick-up trucks without licence plates. Before leaving the area, the militiamen removed all CCTV cameras installed at the neighbouring shops’ entrances. They also confiscated the phones and the money of all the women who witnessed the arrests.

The Hezbollah Brigades are part of the Popular Mobilisation Units (PMU), an umbrella organisation composed of various militias that supported the Iraqi armed forces during the fight against the Islamic State of Iraq and the Levant (ISIL). A prime minister’s decree issued on March 8, 2018 formally incorporated the group into the country’s security forces.