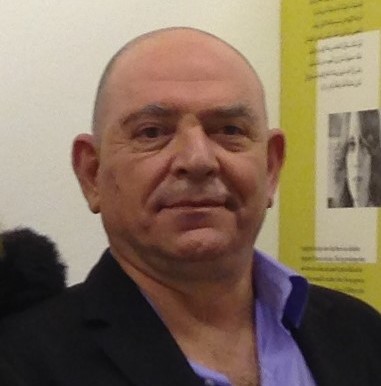 Lokman Slim was a Lebanese researcher, filmmaker, publisher and activist who was kidnapped and assassinated on February 4, 2021. Slim was a vocal critic of political parties in power in Lebanon, including Hezbollah. He had received several death threats prior to his assassination.

Lokman Slim was the founder and director of the “UMAM documentation and research centre,” documenting and establishing a database of those killed and disappeared during the Lebanese civil war (1975-1990). Slim has long been publicly opposed to sectarian parties in Lebanon, including of Hezbollah.

In December 2019, death threats against Slim were plastered to the walls of his house in the southern suburb of Beirut, an area largely controlled by Hezbollah. One of the posted threats read, “Hezbollah is the pride of the nation.”  Another threat read, “your [Slim’s] turn is next.” In response to these death threats, Slim issued a statement on December 13, 2019, attributing responsibility to Hassan Nasrallah, the Secretary General of Hezbollah, and Nabih Berri, Lebanon’s speaker of parliament and the head of the Amal movement – a political party allied to Hezbollah – “for what happened to [him], and what could happen to [him].”  In a televised interview in January 2021, Slim openly criticised Russia, Syria and Hezbollah and stated that they were responsible for the quantities of ammonium nitrate which resulted in the Beirut port explosion of August 4, 2020.

On February 3, 2021, Slim was visiting friends in the village of Niha, located within the UNIFIL Zone in South Lebanon. He left his friends’ house at around 8 p.m, but never made it home. Slim was later found dead in his rented car in the morning hours of February 4, in the village of Addoussieh in South Lebanon, outside the UNIFIL zone. According to the coroner who inspected his body, Slim was shot six times, in the head, chest and back.

Thus far, Lebanon has failed to initiate and carry out a serious and credible investigation into Lokman Slim’s assassination. The prosecutor in charge of the investigation is the prosecutor in chief of southern Lebanon, Rahif Ramadan, who is publicly known for having strong political ties with Hezbollah and the Amal movement. Ramadan has yet to transfer Slim’s file to an investigative judge. The family has asked the judicial authorities that the investigation be placed under the control of the Lebanese Republic’s chief prosecutor in Beirut. However, there has been no decision taken on this matter.

On March 22, 2021, three of these UN Special Procedures issued a press release calling on the Lebanese authorities to “urgently implement measures to guarantee the independence and the impartiality of the investigation and ensure that those responsible are identified and held accountable."

March 22, 2021: Three UN independent experts including the Special Rapporteur on extrajudicial, summary or arbitrary executions call on the Lebanese authorities to “urgently implement measures to guarantee the independence and the impartiality of the investigation and ensure that those responsible are identified and held accountable."

March 19, 2021: MENA Rights Group and Paola Salwan Daher submit a Letter of Allegation to the UN Special Procedures, urging them to call on the Lebanese authorities to conduct a prompt, independent and thorough investigation into Slim’s assassination.

February 04, 2021: Lokman Slim is found dead in his car in the town of Addoussieh in South Lebanon.

February 03, 2021: Slim is abducted after visiting friends in the village of Niha in South Lebanon.

January 2021: In a televised interview with Al Hadath TV, Slim states that Hezbollah, Russia and Syria are responsible for the quantities of ammonium nitrate, which resulted in the Beirut port explosion of 4 August 4, 2020.

December 13, 2019: After receiving death threats, Slim issues a statement attributing responsibility to the leaders of Hezbollah and the Amal movement “for what happened to [him], and what could happen to [him].”

December 2019: Death threats are plastered on the walls of Lokman Slim’s house in Haret-Hreik, in the Baabda district of Lebanon.