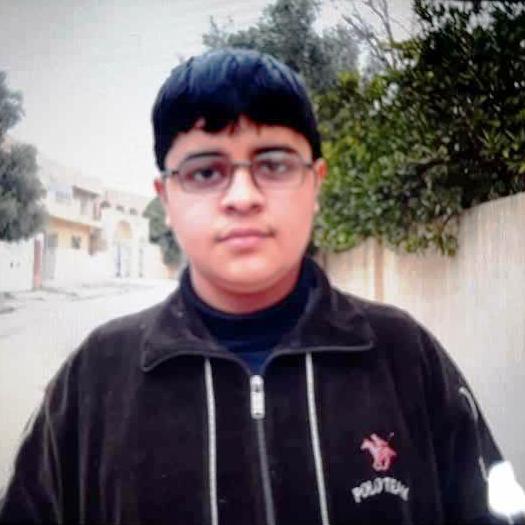 On April 28, 2017, Saif Abdullah was abducted by ISIL from his parents’ house in Al Mawsil Al Jadidah neighbourhood in Mosul. A few months later, on July 10, the city was liberated from ISIL by the Iraqi Army and the Iraqi Popular Mobilisation Units. Abdullah’s family believes that he was freed from ISIL by the Iraqi forces, who then abducted him alongside other detainees previously held by ISIL.

Abdullah’s family also believes that the reason for their son’s abduction is due to his father’s being a colonel in the Iraqi Federal Police; i.e. when ISIL did not find the father, they abducted his son instead. After Mosul was liberated from ISIL, the Iraqi forces then arrested individuals previously detained by ISIL.

Nearly a year after he disappeared, a “missing” announcement was issued by the Mosul Investigation Court on March 26, 2018, upon the request of Abdullah’s family, followed by a publication in the local newspaper the next day.

The Nineveh Security Directorate and the Director of Intelligence and Counter Terrorism then issued statements between March and April 2018, addressed to the Mosul Investigation Court, maintaining that Abdullah was “not wanted by the authorities.” In July of that same year, a witness to Abdullah’s original abduction testified that Abdullah does not have any connection with ISIL.

On October 5, 2020, MENA Rights Group and the Iraqi War Crimes Documentation Center requested the intervention of the UN Committee on Enforced Disappearances.

October 5, 2020: MENA Rights Group and the Iraqi War Crimes Documentation Center request the intervention of the UN Committee on Enforced Disappearances.
2018 & 2019: Individuals working at Muthanna Airport Prison inform Abdullah’s family that he is detained by the Iraqi Military Intelligence in Muthanna Airport Prison in Baghdad.
March 27, 2018: Abdullah’s family submits a complaint regarding his initial abduction to the Judge of the Mosul Investigation Court and submits a testimony to the Nineveh Court of Appeal. A letter is also sent by Al Rabie Police Station to the Mosul Investigation Court regarding the exact location of Abdullah’s abduction.
March 26, 2018: Upon Abdullah’s family’s request, a “missing” announcement is issued by the Mosul Investigation Court.
July 10, 2017: Mosul is liberated from ISIL, and Abdullah is believed to be detained by the Iraqi forces.
April 28, 2017: Saif Abdullah is abducted by ISIL at his parents’ house.