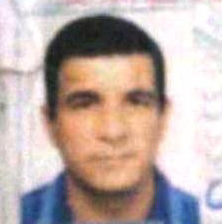 In June 2014, Hasan Al Janabi was arrested from his home in Musayib by members of the Iraqi army, and taken to an unknown location. His fate and whereabouts remain unknown to date.

On June 2, 2014, five soldiers from the Iraqi army broke into Hasan Al Janabi’s house. Unable to find him, they asked his wife where her husband was. She replied that hat he was at the family’s farm behind the house. After finding Al Janabi, the soldiers blindfolded him, handcuffed him and arrested him. When his wife asked the soldiers why they were arresting him, they told her that he was being investigated and that they needed to see his ID card. When Al Janabi’s wife and mother returned with Al Janabi’s ID, the soldiers had left the premises taking Al Janabi to an unknown destination. Later that evening, the same military unit arrested two other members of Al Janabi’s family.

On the day of Al Janabi’s disappearance, his family visited several checkpoints in the surrounding area to enquire about his fate and whereabouts, but the soldiers they talked to denied having any information about him. A week after Al Janabi’s disappearance, they filed a complaint at the Al Musayib police station and the Central Criminal Court. On June 12, 2014, they visited Al Muthana airport and Al Nassiria prison, but to no avail. Al Janabi’s fate and whereabouts remain unknown to date.