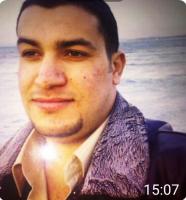 In June 2015, Al Jabbori was arrested at Al-Wind 55 checkpoint in Jarf Al Sakher by Hezbollah militias wearing military uniforms and masks, and taken to an unknown location. A former detainee later reported that both he and Al Jabbori had been subjected to torture and ill-treatment in order to extract coerced confessions.

Al Jabbori was arrested at Al-Wind 55 checkpoint in an area called Jarf Al Sakher in the Babylon governorate by militias belonging to Hezbollah, which had de facto control over the area at the time. The forces were wearing military uniforms and masks.

The Hezbollah militias are part of the Popular Mobilisation Units (PMU) – an umbrella organisation composed of various militias that supported the Iraqi armed forces during the fight against the Islamic State of Iraq and the Levant (ISIL). A prime minister’s decree issued on March 8, 2018 formally incorporated the group into the country’s security forces.