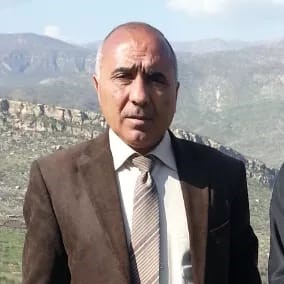 On February 5, 2016, Sheet Younis Ayid Ahmed Al Obaidy was travelling from Mosul to Baghdad when he was arrested by members of the Hezbollah Brigades, who then manned the Al Razaza checkpoint, which separated Anbar and Karbala governorates. Some of his colleagues who were traveling with him and were not arrested were later able to notify Al Obaidy's family. Since then, his fate and whereabouts remain unknown.

Before his arrest, Sheet Younis Ayid Ahmed Al Obaidy used to work as an engineer at the Mosul Textile Factory where he was the Head of the Electricity Department.

On February 5, 2016, Al Obaidy travelled by taxi with five of his colleagues from Mosul to Baghdad to receive their salaries from the Ministry of Industry.

Since the Mosul - Baghdad highway was then closed by ISIL, they used the Mosul - Al Jazeera- Al Rutba - Baghdad road instead. They spent the night at Al Rutba, and in the morning of February 6, 2016, they intended to proceed to Baghdad.

When they reached the Al Razaza checkpoint, soldiers from the Karbala governorate checked their identification cards. The checkpoint was then controlled by the Iraqi army as well as the Hezbollah Brigades.

Members of the Hezbollah Brigades then asked Al Obaidy and one of his colleagues to step out of the vehicle while letting the other three colleagues of his proceed. A week later, those who had not been stopped informed Al Obaidy's family that he and one of his colleagues had been arrested at the Al Razaza checkpoint. One of the witnesses told Al Obaidy's family that he saw him being forced into a vehicle, which displayed the flags of the Hezbollah Brigades.

The Hezbollah Brigades are part of the Popular Mobilisation Units (PMU) – an umbrella organisation composed of various militias that supported the Iraqi armed forces during the fight against ISIL. In December 2016, the PMU were incorporated into the Iraqi armed forces, and in March 2018, a prime minister’s decree formally included the group in the country’s security forces.

It has been reported that hundreds of men and boys have been forcibly disappeared since being abducted at the Al Razzaza checkpoint by members of the Hezbollah Brigades since late 2014. According to Human Rights Watch, “Hezbollah forces manned the checkpoint, until it was dismantled in 2017.”

In April 2017, Al Obaidy’s family inquired about his whereabouts at the Iraqi Ministry of Interior and with members of the Iraqi Parliament Council, but they received no response. In 2018, they reported his disappearance to local officials in Karbala and Ninewa. They also informed the International Committee of the Red Cross (ICRC), but no avail.

July 20, 2021: MENA Rights Group requests the urgent intervention of the UN Committee on Enforced Disappearances.
February 6, 2016: Al Obaidy is arrested by the Hezbollah Brigades at Al Razaza Checkpoint and disappears.