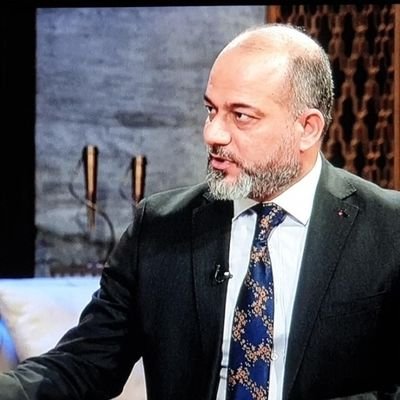 Dr Ali Al Bayati is a member of the Iraqi High Commission for Human Rights (IHCHR). In early 2022, he faced legal actions for statements he made as an active member of the IHCHR about alleged human rights violations in the country.

Ali Al Bayati is a member of the Iraqi High Commission for Human Rights (IHCHR), Iraq’s National Human Rights Institution, tasked with, among others, “ensuring the protection and promotion of human rights in Iraq”.

On February 3, 2022, Al Bayati, received a document from the Al Resafa Investigative Court in Baghdad informing him that he was being investigated in relation to a case filed by Iraq’s Council of Ministers Secretariat (COMSEC).

When Al Bayati appeared in court three days later, he was told that the investigation concerned a defamation case based on statements he made on Al Ahad TV channel in December 2020. On that occasion, Al Bayati discussed the IHCHR’s work documenting claims of torture by families of those detained under orders of the Anti-Corruption Committee. He also stated that the Committee had denied the IHCHR’s request to visit detention centres.

Although Al Bayati was permitted to leave after being questioned, it is concerning that the Court has refused to respect his immunity as an IHCHR commissioner. The date of his next hearing is unknown.

On March 18, 2022, the Global Alliance of National Human Rights Institutions (GANHRI) and the Asia Pacific Forum (APF) of National Human Rights Institutions issued a joint statement declaring that this development “appears to be an attack on the IHCHR by seeking to silence one of its commissioners, who has taken a strong public position investigating into, documenting and speaking out against torture in Iraq.”

In March 2022, several human rights NGOs, including Human Rights Watch and the International Federation for Human Rights have also called on the Iraqi authorities to drop the complaint against Al Bayati.

In a separate case, the Legal Affairs Department of the governor of the Kirkuk governorate sent a letter, dated March 21, 2022 to the IHCHR asking Al Bayati to refute statements he made against the administration of the governorate of Kirkuk or face judicial proceedings. In the letter, the governor claims that Al Bayati incited “disobedience, violation of the law, and sabotaging the peaceful coexistence of the people.”

Al Bayati believes that this letter could be related to previous statements he made about the Kirkuk local authorities between 2018 and 2020.

In 2018, Al Bayati explained on Facebook that the IHCHR called on the authorities to stop the demolition of a neighbourhood in South Kirkuk and put an end to the forced relocation of the inhabitants.

On September 7, 2020, the Federal Commission of Integrity wrote a letter to the IHCHR’s branch in Kirkuk about the decision of the Kirkuk Investigation Court to summon their local representative on September 3, 2020 regarding “his media and personal statements and incitement to sabotage health institutions in quarantine and for an effective contribution to the spread of the Coronavirus.”

In October 2020, Al Bayati talked to the media after the governor of Kirkuk summoned for a second time the IHCHR’s representative in Kirkuk. He explained that the monitoring work of the IHCHR showed that the facilities used to quarantine individuals returning to Iraq from abroad were not adequate. He also criticised the legal proceedings brought against the local representative of the IHCHR in Kirkuk in relation to the IHCRH’s work on the Coronavirus isolation facilities.

In April 2022, members of the Iraqi security forces tried to visit Al Bayati’s home in Baghdad. He was not present at the time.

Both the Paris Principles relating to the Status of National Institutions and the Law No. 53 of 2008 establishing the IHCHR provide that members and staff of such institutions are protected from both criminal and civil liability for acts undertaken in good faith in their official capacity.

For this reason, on April 29, 2022, MENA Rights Group sent a communication to Special Rapporteur on human rights defenders asking her to call on the Iraqi authorities to put an end to the legal proceedings against Al Bayati for statements he has made in his capacity of commissioner.

On March 18, 2022, the Global Alliance of National Human Rights Institutions and the Asia Pacific Forum declared that “the legal proceedings against Al Bayati may place the IHCHR’s international accreditation at risk”.

In June 2021, the Sub-Committee on Accreditation (SCA) of the Global Alliance of National Human Rights Institutions (GANHRI) recommended that the IHCHR be re-accredited with A status after having been previously granted B status for its partial compliance with the Paris Principles.

Despite receiving A status, the IHCHR experienced hurdles with regard to the nomination of its commissioners. In June 2021, prior to the legislative elections, the tenures of the IHCHR’s commissioners ended, causing administrative issues within the IHCHR.

On November 9, 2021, the President of Iraq issued a communication reinstating the IHCHR commissioners whose term had expired. However, this decision caused some controversy and was not implemented. As a result, the outgoing commissioners are not receiving salaries and their prerogatives have been suspended.

April 29, 2022: MENA Rights Group sends a communication to the Special Rapporteur on human rights defenders.
April 2022: Members of the Iraqi security forces attempt to visit Al Bayati’s home in Baghdad.
March 21, 2022: The Legal Affairs Department of the governor of the Kirkuk governorate sends a letter to the IHCHR asking Al Bayati to refute statements he made against the administration of the governorate of Kirkuk or face judicial proceedings.
March 18, 2022: The Global Alliance of National Human Rights Institutions (GANHRI) and the Asia Pacific Forum (APF) of National Human Rights Institutions condemns the “case of intimidation and reprisal” against Al Bayati.
February 6, 2022: Al Bayati is interrogated by Al Resafa Investigative Court personnel in Baghdad about comments he made to the media in December 2020, in his capacity as Commissioner, regarding the IHCHR’s work on investigating torture.
February 3, 2022: Al Bayati is summoned to appear before the Al Resafa Investigative Court.