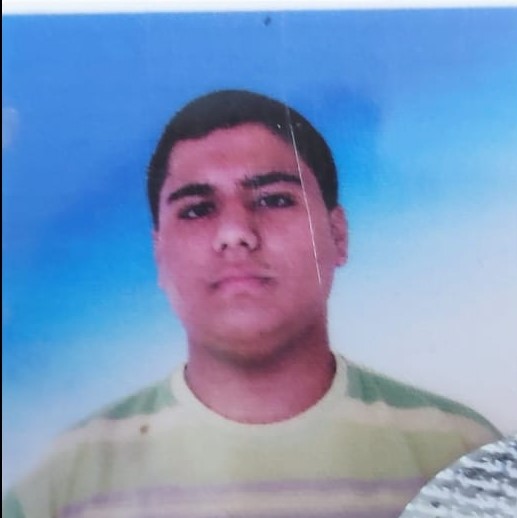 On September 1, 2017, Abdullah Al Taei was arrested by members of the Anti-Crime Directorate of the Ministry of Interior. A secret informant had provided the authorities with the information that Al Taei had allegedly been involved in terrorism-related activities with the so-called Islamic State of Iraq and the Levant (ISIL). On August 13, 2018, Al Taei was sentenced to death on the basis of the 2005 Anti-Terrorism Law No. 13. The appeals decision is pending. He is currently detained at the Al Nasiriyah central prison.

On September 1, 2017, Abdullah Al Taei was arrested by members of the Anti-Crime Directorate of the Ministry of Interior. A secret informant had provided the authorities with the information that Taei had allegedly been involved in terrorism-related activities with ISIL.

He was subjected to torture throughout the first two weeks of his detention. Most notably, he was severely beaten, including in his face, and hung from the ceiling of the room for several hours. The perpetrators further threatened to bring his mother and sisters to the detention facility to mistreat them. His family believe that he was also tortured upon every transfer to a different detention facility.

The perpetrators tried to obtain information from the victim in relation to the terrorism accusations that were made against him. Under duress, he was forced to sign six blank papers, on which the perpetrators – after he had signed – noted statements that were later used against him in the judicial proceedings.

On September 14, 2017, Al Taei was presented before the investigation judge for the first time although under Iraqi law, he would have need to be brought before an investigative judge within 24 hours of arrest. Al Taei later complained about the judge’s conduct during the hearing as the latter allegedly insulted him and beat him with an ashtray.

Three days later, Al Taei was transferred to Telkif prison for a year and subsequently to Al Faisaliah prison for seven months. He was later moved to Al Qayyarah and Al Muthanna airport prison before being transferred to Al Nasiriyah prison, where he is currently held.

On August 13, 2018, Al Taei was sentenced to death by the first chamber of the Niniveh Criminal Court, one of Iraq’s counterterrorism courts that was mandated to prosecute suspected ISIL members captured in Mosul.

The Court relied on articles 2(1)(3)(5) and 4(1) of the Anti-Terrorism Law, which has been criticised for containing an overly broad definition of “terrorism” that is not in line with the 1999 International Convention for the Suppression of the Financing of Terrorism, ratified by Iraq in 2012.

The law contains a list of crimes for which the death penalty is not only applicable but mandatory under article 4(1). The Human Rights Committee stated that mandatory death sentences that leave domestic courts with no discretion as to whether to designate the offence as a crime warranting the death penalty or not are arbitrary in nature.

Equally concerning, the list of terrorist acts provided in article 2 is extensive and includes acts whose gravity falls below the threshold of “most serious crimes” necessary to impose such a sentence under international norms.

In the sentence, the court stated that Al Taei had confessed that his father belonged to ISIL and that he had pledged allegiance to the terrorist group, that he had worked on their online registry and collected information on persons living in his neighbourhood to add it to the registry, that he presented ISIL material to students and that he had participated in the Al Abour battle. The sentence mentions that Al Taei admitted to collaborating with ISIL under the pressure of his father while claiming to have left the organisation in 2017.

Al Taei is currently detained at the Al Nasiriyah central prison awaiting his trial on appeal, which might take place in 2022 or 2023.

Al Nasiriyah prison  ̶  the only one in Iraq which carries out capital punishments  ̶  is known for its inhuman detention conditions. Several UN Special Procedures mandate holders received reports of overcrowded cells, 15 minutes of time outside of their cell only, as well as a lack of adequate and edible food, clean drinking water, medical care and basic hygiene.

It has also been reported that detainees on death row further have been subjected to sporadic threats made by the prison guards that their execution order had arrived and that they would be executed imminently, which inflicts a state of constant terror and stress among the detained individuals.

Affirming that the death sentence pronounced against Al Taei on the basis of an ambiguous law and following an unfair trial could amount to an arbitrary deprivation of his life, MENA Rights Group raised his situation to the attention of the UN Special Rapporteur on extrajudicial, summary or arbitrary executions and the Working Group on Arbitrary Detention (WGAD) on August 31, 2021.

The WGAD issued Opinion No. 5/2022 on March 30, 2022, in which it found that Al Taei is being detained arbitrarily. The WGAD maintained that his arrest and detention lack a legal basis. Among other things, Al Taei was not presented with an arrest warrant upon his arrest and was presented before the investigative judge for the first time only 14 days after his arrest. His incommunicado detention for nearly a year further undermined his ability to challenge the legality of his detention. In addition, the Working Group found that “the violations of the right to a fair trial […] [were] of such gravity as to give the detention of Al Taei an arbitrary character”. Finally, the Working Group recalled that the sentence passed against an individual based on a confession allegedly extracted under torture, as was the case with Al-Taei, is a particularly grave miscarriage of justice and would appear to constitute a prima facie violation of the right to life.

March 30, 2022: The UN Working Group on Arbitrary Detention (WGAD) issues Opinion No. 5/2022, stating that Al Taei is being detained arbitrarily and calling on the authorities to immediately release him.
August 31, 2021: MENA Rights Group sends a letter of allegation to the UN Special Rapporteur on extrajudicial, summary or arbitrary executions and a Request for Opinion to the Working Group on Arbitrary Detention.
September 13, 2018: Al Taei’s lawyer submits an appeal request to the Federal Court of Cassation.
August 13, 2018: The Niniveh Criminal Court sentences Al Taei to death on the basis of the 2005 Anti-Terrorism Law.
September 14, 2017: Al Taei is first presented before the investigative judge.
September 1, 2017: Al Taei is arrested by members of the Anti-Crime Directorate of the Ministry of Interior.