Public statement on the submission of an expert opinion drafted by Democracy for the Arab World Now (DAWN), MENA Rights Group, and the Freedom Initiative supporting a complaint filed in Belgium in December 2021 by the Open Society Justice Initiative against Saudi Arabia for crimes against humanity. The expert opinion highlighted “systemic and generalized violations of human rights committed against individuals who have peacefully criticized authorities or their policies”.
Lire la page en français

BRUSSELS—The Open Society Justice Initiative welcomes the support of Democracy for the Arab World Now (DAWN), MENA Rights Group, and the Freedom Initiative for a criminal complaint it filed in Belgium against Saudi Arabia for crimes against humanity. The admissibility of the complaint will be decided on in a Brussels court of appeal hearing on January 24th, 2023. If deemed admissible, it would result in an investigation being opened into Saudi Crown Prince Mohammed bin Salman and other Saudi officials.

In an expert opinion submitted to the court, DAWN, MENA Rights Group, and the Freedom Initiative highlighted the Saudi regime’s “systemic and generalized violations of human rights committed against individuals who have peacefully criticized authorities or their policies” and noted that these activities were “supported and coordinated by the government with the aim of silencing dissident voices in the country.” The three organizations concluded that “this pattern of violations amounts to crimes against humanity, as defined by the Rome Statute of the International Criminal Court”.

The Justice Initiative submitted the complaint in December 2021 on behalf of the sisters of Saudi women’s rights activist Loujain al-Hathloul, under the legal principle of universal jurisdiction. It is the first complaint submitted before a court to address the full scale of crimes against humanity against dissidents in Saudi Arabia and thoroughly documents the scale of torture, murder, forced disappearance, arbitrary arrest, and persecution carried out against hundreds of individuals since 2017. Although Crown Prince Mohammed bin Salman benefits from immunity since being appointed as prime minister, he can still be subjected to a criminal investigation, the findings of which could shed light on crimes against humanity committed, the identity of perpetrators, and the chain of command.

Although the Belgian federal prosecutor requested that the Brussels court of appeal dismiss the case on procedural grounds in June 2022, the Justice Initiative and other human rights groups believe that the court should open an investigation. “The rationale for dismissing the case provided by the Belgian federal prosecutor contains numerous factual and judicial errors. Moreover, his recommendation completely ignores the numerous and systemic serious crimes documented in the complaint,” said Maïté De Rue, a senior managing litigation officer at the Justice Initiative. “Under his rationale, al-Hathloul’s sisters cannot submit a complaint because they are not direct victims of enforced disappearance. But international law clearly states that family members of victims of enforced disappearance are themselves direct victims, due to the severe distress they experience. Moreover, against the opinion of the UN itself, the prosecutor’s recommendation claims that the crimes committed in Saudi Arabia do not constitute crimes against humanity.”

Moreover, legal counsel for Alia and Lina al-Hathloul argue that Belgian laws that govern procedures on whether or not to deem a case admissible, which do not allow complainants to present counterarguments to the prosecutor’s recommendation to dismiss, unfairly disadvantage individuals who bring such cases forward. “The fact that victims don’t have equal standing with the prosecutor in presenting arguments before the court goes against victims’ rights and the right to a fair trial as enshrined in European law,” noted Maryse Alié, a lawyer at the Brussels Bar who represents Alia and Lina al-Hathloul in this case.

“This injustice toward victims who hope to get their day in court is why we will also ask the Court of appeal to bring this criminal procedure code that prevents victims from being heard to the consideration of Belgium’s Constitutional Court and the Court of Justice of the European Union for an opinion on how these procedures affect victims’ access to justice,” added Marc Verdussen, a lawyer at the Brussels Bar and professor at the University of Louvain, who also represents the plaintiffs alongside Alié. 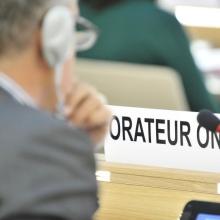