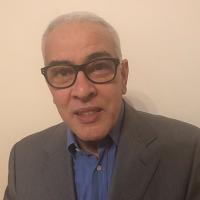 On June 20, 1981, Mohamed Sabri was arrested at his home by the police in the context of the Casablanca riots. Accused of breaching public order, he was sentenced to seven years' imprisonment on the sole basis of confessions obtained under torture. Released in 1988, he is currently seeking redress.

Mohamed Sabri was arrested during the social riots that took place in Casablanca on June 20, 1981. He was transferred to an unofficial interrogation centre where he was subjected to torture and ill-treatment in order to obtain a confession.

On July 1, 1981, he was sentenced to seven years’ imprisonment for “compromising the public order” on the sole basis of confessions obtained under torture. He began serving his sentence at a Casablanca prison before being transferred to Ain Ali Moumen.

Upon his release in 1988, he was threatened with re-arrest if he were to join an opposition party. Fearing further intimidation, he migrated to Italy in 1989, where he still resides. When the Equity and Reconciliation Commission was set up in 2004 to investigate the human rights violations committed during the “years of lead” (1956-1999), Sabri sought to obtain redress, but to no avail. To this date, he has not received a just and adequate reparation for the harm he suffered.