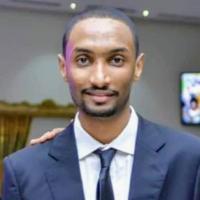 On December 25, 2018, Mohamed Abdelkarim was taking part in a peaceful protest in Khartoum when he was arrested by members of the security forces. Despite informing the officers that he suffers from a brain injury, he was beaten, threatened, and subjected to psychological torture before being released later the same day.

On December 25, 2018, Mohamed Abdelkarim was taking part in a peaceful protest in Khartoum when members of the security forces stopped him, violently beaten him and threatened to shoot him. The officers wore uniforms and drove vehicles typically attributed to the Rapid Support Forces (RSF).

Despite the fact that Abdelkarim informed the officers that he suffers from a severe brain injury, as a result of which he has had surgery three times, they continued to beat him, before throwing him to the floor and violently forcing him into a military pickup truck.

Abdelkarim was brought to an NISS office in Al Amarat neighbourhood of Khartoum, where he was forced to sit in the front yard with his face against the wall. He was then subjected to psychological torture by being threatened with being electrocuted, severely beaten and killed without anybody being able to know about his fate.

Abdelkarim was accused of belonging to a group that supported women's rights, which the NISS officers said “was against Islamic beliefs”, and of being affiliated to an opposition political party, and was released later the same day.

Abdelkarim’s arrest is part of the violent crackdown on the nationwide protests that have been taking place in Sudan since mid-December 2018.