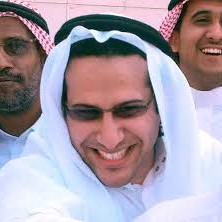 On July 6, 2014, the Specialised Criminal Court (SCC) sentenced Waleed Abu Al Khair to 15 years of imprisonment, convicted on the basis of his association with the NGO Saudi Civil and Political Rights Association (ACPRA). Despite repeated calls for his release from the UN Working Group on Arbitrary Detention (WGAD), Al Khair remains in detention to date.

Waleed Abu AlKhair is the founder of Monitor for Human Rights, which he established in 2008 as one of only a few human rights organisations in Saudi Arabia. In late 2011, Abu AlKhair first faced trial after signing a statement criticising the authorities’ persecution of 16 reformists.

On October 6, 2013, Abu AlKhair was brought before the SCC, where he was charged with “breaking allegiance to and disobeying the ruler”; “setting up an unlicensed organisation”, and “participating in establishing another organisation (ACPRA)”. On October 29, 2013, the Criminal Court in Jeddah sentenced him to three months’ imprisonment, a sentence which was upheld on February 6, 2014 by the Court of Appeal in Mecca.

On April 15, 2014, Abu AlKhair was arrested after appearing at the fifth hearing of his trial before the SCC in Riyadh. He was then taken to Al Ha’ir prison in Riyadh, where he was placed in solitary confinement and ill-treated.

November 29, 2019: Abu AlKhair begins hunger strike after being transferred to solitary confinement.
October 9, 2019: Ahead of the 10-year anniversary of ACPRA’s founding, MENA Rights Group and ALQST submitted his case to the Special Rapporteur on the situation of human rights defenders and the Special Rapporteur on the rights to freedom of peaceful assembly and of association.
January 12, 2015: Sentence upheld on appeal.
July 6, 2014: Sentenced by the SCC to 15 years imprisonment.
April 15, 2014: Arrested after appearing at the fifth hearing of his trial before the SCC.
October 6, 2013: Charged by the SCC with, inter alia, “participating in establishing another organisation (ACPRA)”.