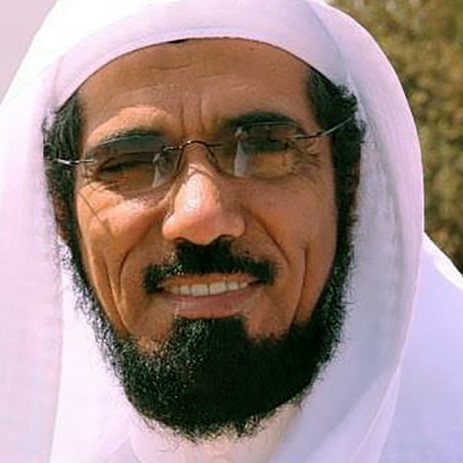 On September 9, 2017, Salman Fahad Al Odah, an Islamic scholar and prominent media figure, was arrested without a warrant and disappeared amidst a wave of arrests of religious figures, journalists, academics and activists. Al Odah’s whereabouts became known over three months after his disappearance, during which he suffered severe mistreatment. In September 2018, Al Odah was charged under the anti-terrorism law and is currently on trial. The prosecution has called for Al Odah to be sentenced to death.

Salman Fahad Al Odah is a Saudi Islamic scholar and prominent media figure, with over 14 million followers on Twitter. On September 9, 2017, Al Odah published a tweet calling for reconciliation between Qatar and Saudi Arabia, following the commencement of the Gulf diplomatic crisis. The following day, Al Odah was arrested and disappeared by national intelligence services where, it is believed, no arrest warrant was ever presented. For over three months, Al Odah experienced severe mistreatment including sleep deprivation, repeat interrogation, and the withholding of necessary medication. During this period he was also kept shackled in chains and repeatedly blindfolded. In response to a communication sent by several UN Special Procedures mandate holders, on December 26, 2017, the Saudi authorities acknowledged that Al Odah had been arrested and was being detained.

In January 2018, Al Odah was briefly hospitalised because of his severely deteriorating health. The following month, on February 13, 2018, his family was able to visit him for the first time in Dhahban prison, Jeddah. Nearly a year after his arrest, Al Odah’s trial began where he was brought before a judge for the first time and informed of the 37 charges against him, which included “affiliation with the Muslim Brotherhood” and “corrupting the country by repeatedly endeavouring to shake the structure of the nation and bring about civil strife; inflaming society against the rulers and stirring up unrest.” The trial has been characterised by the non-observance of fair trial norms, including the failure to promptly inform Al Odah of the charges against him, a prolonged pre-trial detention period, limited access to legal counsel, and the use of secret hearings.

In addition, the charges relate to offences under Saudi Arabia’s broad counter-terrorism law and, subsequently, Al Odah is being tried before the Specialised Criminal Court (SCC), which was established in 2008 to handle cases of terrorism.

In October 2019, Al Odah was transferred to the Mabahith-run al-Ha’ir prison, where he continued to be severely mistreated, held in solitary confinement, and deprived of family visits. During his transfers from al-Ha’ir prison to his court hearings, he was subjected to severe mistreatment. Al Odah, whose health had significantly deteriorated, would be placed, while handcuffed and chained, in the back of a van, which was emptied out of any car seats or seatbelts, causing him bodily injuries as a result of tumbling across the van and continuously slamming the ceiling and the van floor.

During a prison doctor’s visit at al-Ha’ir prison in November 2020, Al Odah was informed by the prison doctor that he had lost half of his hearing and vision as a result of medical negligence. There is good reason to believe that the partial loss of hearing and vision may have been caused by the deprivation of audio-visual stimulation resulting from being held in solitary confinement since his arrest.  To date, Al Odah remains held in solitary confinement at al-Ha’ir prison.

November 2020: Al Ha’ir prison doctor informs Al Odah that he has lost half of his vision and hearing as a result of medical negligence.
November 27, 2019: Al Odah’s sentencing hearing is postponed until January 30, 2020.
November 13, 2019: MENA Rights Group submits an urgent appeal to the Special Rapporteur on extrajudicial, summary or arbitrary executions.
October 2019: Al Odah is transferred to the Mabahith-run SSP prison in Riyadh.
September 4, 2018: Al Odah’s trial begins.
January 2018: Al Odah is hospitalised temporarily due to deteriorating health.
December 26, 2017: Saudi authorities reply to the communication, acknowledging that Al Odah was arrested and detained.
December 22, 2017: Several UN Special Procedures mandate holders send an urgent communication to the Saudi authorities requesting that they to clarify Al Odah’s fate and whereabouts.
September 9, 2017: Al Odah is abducted by the national intelligence services.