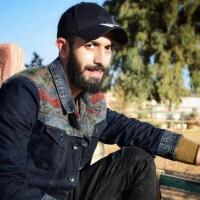 On February 10, 2019, Jordanian photographer Omair Gharaibeh was arrested by members of Syria’s Air Force Intelligence following a visit to Damascus. On August 8, 2019, he was sentenced to 20 years in prison on charges stemming from his photography activities.

On February 7, 2019, Omair Gharaibeh and two friends entered Syria from Jordan to visit Damascus. As a professional photographer, Gharaibeh brought his camera with him and, during the trip, captured panoramas of the city of Damascus.

On February 10, Gharaibeh and his friends were travelling back to Jordan on a bus, when they were stopped at a checkpoint in Minkt Al Hatab, near the city of Al Kiswah in the countryside south of Damascus. The checkpoint was under the control of the Syrian Air Force Intelligence Directorate. After looking at the pictures saved on his camera, officers of the Air Force Intelligence arrested Gharaibeh and took him to an unknown location.