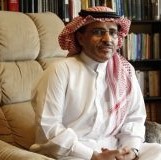 Mohammad Al Qahtani was arrested in June 2012 during a wave of arrests against human rights defenders in Saudi Arabia. In March 2013, he was sentenced to 10 years of imprisonment and a 10-year travel ban based on a number of charges related to his human rights work. Despite repeated calls for his release from the UN Working Group on Arbitrary Detention, as well as his case being raised twice in the UN Secretary-General’s annual report on reprisals, Al Qahtani remains in detention to date.

Mohammad Fahad Al Qahtani – a human rights defender and co-founder of the Saudi Civil and Political Rights Association (ACPRA) – was arrested in June 2012 during a crackdown on human rights activists in Saudi Arabia.

Al Qahtani was sentenced on March 9, 2013 by the Criminal Court in Riyadh to 10 years of imprisonment and a 10-year travel ban on several charges related to his human rights work including “accusing the judicial and legal system of lack of independence and questioning their integrity”; “antagonising the international organisations against the Saudi government by disseminating false information”; and “using the Internet to disseminate opinions, petitions, and statements against the government.” The court also ordered the dissolution of ACPRA.

Al Qahtani was a recipient of the 2018 Right Livelihood Award along with two other Saudi human rights defenders – Abdullah al-Hamid and Waleed Abu al-Khair – “for their visionary and courageous efforts, guided by universal human rights principles, to reform the totalitarian political system in Saudi Arabia”.

In August 2012, the UN Secretary-General raised Al Qahtani’s case in the annual report on reprisals, citing concerns “that the criminal charges against him are directly related to his work documenting cases of arbitrary detention in Saudi Arabia and constitute reprisals in response to his engagement with human rights mechanisms”. His case was raised again in the Secretary-General’s 2013 report.

In an Opinion adopted on September 4, 2015, the UN Working Group on Arbitrary Detention (WGAD) found the detention of Al Qahtani – along with that of several other human rights defenders, most of whom had ties to ACPRA – to be arbitrary. The WGAD called on the Saudi government to remedy the situation, stating that “the adequate remedy would be the immediate release of the detainees and the provision of the reparation for the harm caused by the grievances.” A year later, on November 17, 2016, the WGAD renewed its call for the human rights defenders to be released, highlighting that “their detention is in violation of international human rights standards.”

Between December 19 and 30, 2020, Al Qahtani carried out another hunger strike in prison, in protest of being denied family contact, access to books and essential medication. He had ended his previous hunger strike after the authorities said they will meet his demands.

Between March 6 and 14, 2021, Al Qahtani and more than 30 other prisoners of conscience undertook another hunger strike in protest of the harassment they were facing in Al Ha’ir prison in Riyadh. This included being held in the same ward as psychiatric detainees, some of whom had been violent towards them, and being denied family contact and access to books and newspapers. They ended the hunger strike after the authorities said they will meet the prisoner’s demands.

In April 2021, Al Qahtani tested positive for COVID-19, as other cases were spreading in Al Ha’ir prison. He has been denied any contact with the outside world since April 7, 2021.