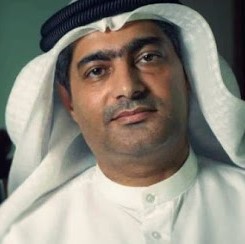 On March 20, 2017, Ahmed Mansoor was arrested in his home and subsequently disappeared and held in an unknown location by Emirati security forces. On May 29, 2018 Mansoor was sentenced, on charges relating to his human rights activism, to ten years imprisonment, a fine and probation terms. He is currently being detained at Al Sadr prison where he is held in solitary confinement, in an isolation ward, for prolonged periods.

Ahmed Mansoor is a prominent human rights defender who has experienced physical assaults, death threats, and government surveillance. Since 2011, he has been subject to a travel ban.

On March 20, 2017 Mr Mansoor was arrested, without a warrant, by Emirati security forces, who searched his home and confiscated laptops and other equipment. He was subsequently disappeared by the authorities, which failed to reveal his whereabouts for over one year. During this period he was detained at Al Wathba prison, where he suffered from torture and ill-treatment. On March 27, 2017, three UN special procedures mandate holders urged the authorities to immediately reveal his whereabouts

On May 29, 2018, Mansoor was sentenced to ten years imprisonment, a fine of 1,000,000 UAE Dirhams, and three years of probation after the completion of his sentence. He was sentenced, under the 2012 Cybercrime Law, on vague charges relating to his activism, including “insulting the status and prestige of the UAE and its symbols, including its leaders”, “publishing false information to damage the UAE’s reputation abroad” and “portraying the UAE as a lawless land.” On June 12, 2018, seven UN special procedures mandate holders called on the Emirati authorities for Mr Mansoor’s immediate release. The State Security Chamber of the Federal Supreme Court upheld his conviction and sentence on December 31, 2018.

Since his trial began Mansoor has been subjected to long periods of solitary confinement in Al Sadr prison in Abu Dhabi. Initially, he was detained with no bed or water in his cell and with no access to a shower. Visits were rarely offered and he failed to receive adequate medical attention. On March 17, 2019, Mansoor began a hunger strike against his prison conditions and unfair trial. The hunger strike lasted one month, during which his health deteriorated significantly. On May 7, 2019, seven UN special procedures mandate holders condemned Mansoor’s prison conditions and called for his immediate release.

In early September 2019, in protest against his conditions, Mansoor began his second hunger strike. At the beginning, he was forced by the guards to eat every few days, however, from September 14, 2019 onwards, he began a continuous hunger strike, taking only juice and mineral water. Reports indicate that the hunger strike has continued for at least five months. Mansoor’s current state of wellbeing is unknown.

On May 1, 2020, MENA Rights Group referred case to the Secretary-General on intimidation and reprisals for cooperation with the UN in the field of human rights.

On September 29, 2021, the UN Secretary-General raised Mansoor’s case in 2021 report on reprisals against individuals who cooperate with the UN in the field of human rights.

September 29, 2021: Mentioned in the Secretary-General’s 2021 report on reprisals.
May 1, 2020: MENA Rights Group refers case to the Secretary-General on intimidation and reprisals for cooperation with the UN in the field of human rights.
September 2019: Mansoor begins a second hunger strike.
May 7, 2019: Seven UN special procedures mandate holders condemn Mr Mansoor’s prison conditions and call for his immediate release.
March 17, 2019: Mansoor begins a hunger strike against his prison conditions and unfair trial.
December 31, 2018: The State Security Chamber of the Federal Supreme Court upholds his conviction and sentence.
June 12, 2018: Seven UN special procedures mandate holders call on the Emirati authorities for Mr Mansoor’s immediate release.
May 29, 2018: Mansoor is sentenced to to ten years imprisonment, a fine of 1,000,000 UAE Dirhams, and three years of probation after completion of his sentence.
March 27, 2017: Three UN special procedures mandate holders urge the authorities to immediately reveal his whereabouts
March 20, 2017: Mansoor is arrested in his home and disappeared by Emirati security forces.