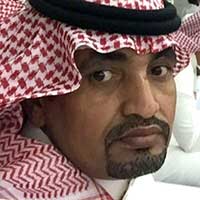 Human rights defender and anti-corruption activist Issa Al Nukheifi was arrested in December 2016 and has been subjected to reprisals repeatedly by the Saudi authorities for his human rights activism and cooperation with international civil society and the United Nations. He is currently serving a six-year prison sentence, to be followed by a six-year travel and social media ban upon his release, on charges that stemmed directly from the exercise of his rights to freedom of expression.

Human rights defender and anti-corruption activist Issa Al Nukheifi has been subjected to reprisals repeatedly by the Saudi authorities for his human rights activism and cooperation with international civil society and the United Nations. In late 2016, Al Nukheifi had been consulted during the preparation for the Special Rapporteur on Extreme Poverty’s visit to Saudi Arabia in January 2017, and he had agreed to meet and further assist the team on the ground.

On September 15, 2012, Al Nukheifi was arrested soon after appearing on television accusing the local authorities in Jazan, in the south-west of Saudi Arabia on the border with Yemen, of corruption and human rights violations during the forced eviction of nearly 12,000 residents of the region. On April 29, 2013, the Specialised Criminal Court (SCC) sentenced Al Nukheifi to three years in prison and a four-year travel ban based on provisions of the country’s Anti-Cybercrime Law. He was released on April 6, 2016.

Eight months later, on December 17, 2016, Al Nukheifi was summoned by the government’s Criminal Investigation Department (CID). Upon reporting to the police station the following day, he was arrested immediately.

Al Nukheifi was questioned by the Bureau of Investigation and Prosecution (BIP) about his tweets calling for the release of members of the Saudi Civil and Political Rights Association and his contact with international human rights organisations. Al Nukheifi was also interrogated about his new Twitter account, which called for democracy in Saudi Arabia and the establishment of a directly elected “Saudi Popular Parliament”.

On December 30, 2016, Al Nukheifi was transferred to Mecca General Prison, where he was forced to sleep on the floor without a blanket and repeatedly threatened with torture.

Al Nukheifi’s trial commenced before the SCC on August 21, 2017. The charges brought against him included “seeking to destabilise the social fabric and national cohesion”; “communicating with and receiving money from foreign groups considered to be enemies of the state” and “using a personal cell phone and the internet to store and transfer information that is harmful to the public order” and “adopting a ‘Takfiri’ approach by accusing the Guardians of Saudi Arabia of being infidels”.

On February 28, 2018, the SCC sentenced Al Nukheifi to six years in prison and imposed a six-year travel and social media ban on him upon his release. On April 7, 2018, in a decision that cannot be further appealed, the Court of Appeal confirmed Al Nukheifi’s sentence.

The UN Secretary-General raised Al Nukheifi’s case in his 2018 report on reprisals against individuals who cooperate with the UN in the field of human rights.

In April 2019, Al Nukeifi requested to be transferred to Jizan prison in order to be closer to his 80-year-old mother, who struggles to visit him at Makkah General Prison, which is over 700 kilometres away from their usual residence. To date, his request has not been granted.

In July 2019, it was reported that Al Nukheifi was being subjected to on-going ill-treatment, including being stripped of his clothes and having his hands and feet shackled. In August, it emerged that he had been transferred to Riyadh for re-trial, without any further clarifications.

On November 21, 2019, after MENA Rights Group submitted a request for an opinion, the Working Group on Arbitrary Detention (WGAD) adopted Opinion 71/2019. In its Opinion, the WGAD stated that Al Nukheifi had been “the target of persecution” as a result of exercising his fundamental rights and asserted that “such sharing of information and ideas through online media cannot reasonably qualify as posing threats against morality, public order and the general welfare in a democratic society.” In light of this, the WGAD emphasised that Al Nukheifi was being detained arbitrarily and called on the authorities for his immediate release.

Between March 6 and 14 2021, Al Nukheifi and more than 30 other prisoners of conscience undertook a hunger strike in protest over harassment in Al Ha’ir prison in Riyadh. This included being held in the same ward as psychiatric detainees, some of whom have been violent towards them, and being denied family contact and access to books and newspapers. They ended the hunger strike after the authorities said they will meet the prisoner’s demands. On March 11, 2021, Al Nukheifi was transferred to a hospital after suffering from low blood sugar as a result of the hunger strike.