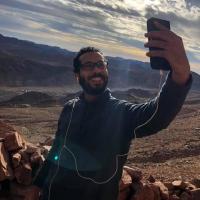 On May 14, 2019, Mostafa Maher went missing after he was arrested by police officers during a raid of his house. He reappeared on May 16 before the State Security Prosecution, which charged him in case No. 741 of 2019 and ordered his pre-trial detention for 15 days. He is currently being held incommunicado and in solitary confinement in Tora prison.

On May 14, 2019 at around 12 p.m., Maher was arrested by police officers during a raid of his house. The police officers, who were wearing civilian clothes, confiscated his mobile phone and laptop, arrested him without showing any warrant nor providing him with any reason for the arrest, and took him to an unknown location.

When his family and lawyers went to New Cairo Qattamiya police station to enquire about his whereabouts later the same day, the officers denied his presence in the police station and refused to accept the family’s request to officially report the enforced disappearance.

Maher was seen on May 16 at the State Security Prosecutor’s office by his lawyer, who had to insist that he enter the office and assist his client. Maher was questioned about his “suspected intention” to demonstrate during football games of the upcoming Africa Cup of Nations or to use the tournament as an opportunity to publicly criticise the government. The prosecution ordered his pre-trial detention for 15 days in case No. 741 of 2019 on the basis of charges of “joining a terrorist group” and intending to harm the image of the state during the Africa Cup of Nations.

On May 21, Maher was transferred to Tora prison. The following day, Tora prison administration informed his family that he was being held in solitary confinement, but has denied the family’s requests to visit him and to bring him food and clothes.

May 29, 2019: MENA Rights Group requests intervention of UN Special Procedures.
May 22, 2019: Tora prison administration informs family that he is being held in solitary confinement; does not allow family to visit him and bring him food and clothes.
May 21, 2019: Transferred to Tora prison.
May 16, 2019: Reappears before State Security Prosecutor, which charges him and orders pre-trial detention for 15 days. Family informed that he is being held at New Cairo Qattamiya police station.
May 14, 2019: Arrested at his house, disappeared.