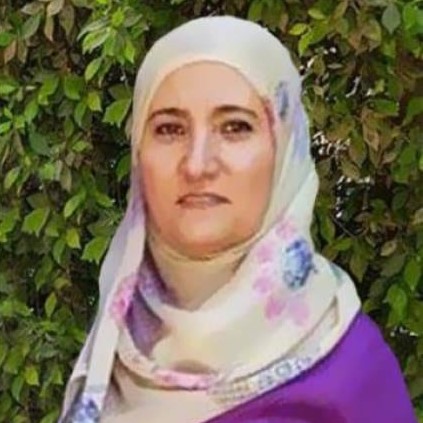 Ola Al Qaradawy was arrested on June 30, 2017, by State Security forces, and accused by the Supreme State Security Prosecution (SSSP) of joining and financing a terrorist group. In July 2019, in relation to a new case, she was further accused by the SSSP of joining a terrorist group and financing it from within the prison. On December 31, 2021, pending investigation, Al Qaradawy was released by the SSSP.

Ola Al Qaradawy, a Qatari national of Egyptian origin, is the daughter of Islamic scholar Yusuf Al Qaradawy. While Al Qaradawy has no political affiliations, her husband, Hossam Khalaf, who was arrested with her, was politically active in Egypt after the 2011 revolution in the Al Wasat party.

On June 30, 2017, Al Qaradawy was arrested along with her husband at their vacation home in Alexandria by agents of the Egyptian State Security. They were not presented with an arrest warrant, nor informed of the reasons of their arrest. They were asked to accompany the agents to the State Security office in Burg Al Arab for questioning.

For two days, they were both held incommunicado. On July 2, 2017, both were taken to the SSSP’s office, where they were informed that they were “under investigation”. They were interrogated by the SSSP in Case No. 316 of 2017 and accused of “joining a terrorist group” and “financing and supporting the Brotherhood and its terrorist committees and cells”, before being ordered in pre-trial detention. The same day, Al Qaradawy was brought to Al Qanater women’s prison.

On October 12, 2017, UN experts sent communication UA EGY 15/2017 in relation to her detention. In April, 2018, the UN Working Group on Arbitrary Detention (WGAD) adopted Opinion No. 26/2018 declaring her detention arbitrary.

On July 4, 2019, Al Qaradawy was brought to the SSSP again to be interrogated in a new case (Case No. 800 of 2019). She was accused of “joining a terrorist group and financing it from within the prison”. It is unclear how those accusations would be possible as she has been held in solitary confinement throughout her entire detention period. Yet, she was accused of “using her relationships in prison”.

On February 19, 2020, the Cairo Criminal Court ordered Al Qaradawy to be released, but the prosecution successfully appealed the decision.

On December 2, 2021, MENA Rights Group submitted Al Qaradawy’s case to the WGAD, asking them to issue an Opinion as to the arbitrary nature of her detention. MENA Rights Group highlighted the fact that Al Qaradawy was subjected to the practice of “rotation” (tadweer), which is used by the Egyptian authorities to circumvent pre-trial detention maximum periods and prolong the detention de facto indefinitely.

Until December 2021, Al Qaradawy was detained despite the expiration of the maximum two-year pre-trial period in July 2021. She was held in solitary confinement in Al Qanater prison, under extremely poor conditions since her arrest. Her cell had no bed or toilet, there were no windows or ventilation, and she was receiving insufficient food ratios and was denied necessary medical care.