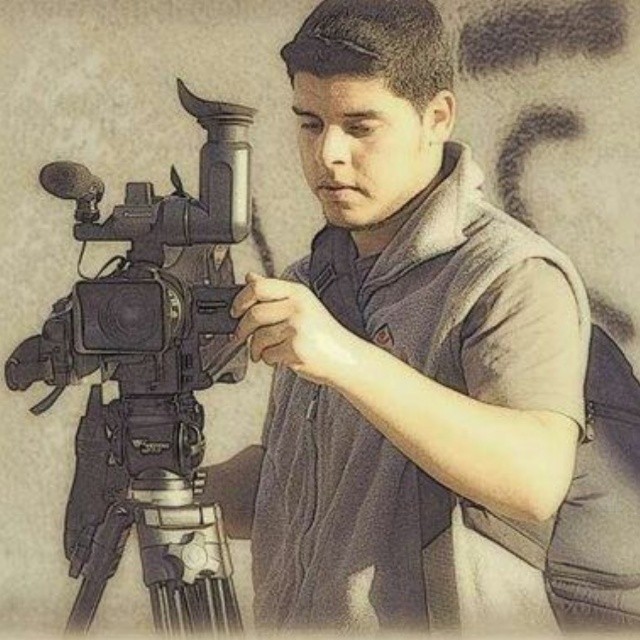 Khaled Sahloob is a freelance photographer, who used to work with several news outlets, including Al Jazeera. On January 2, 2014, he was arrested by the police, reportedly for carrying a camera. He was then linked to the Al-Jazeera English Journalists (“Marriott Cell”) case. On June 24, 2014, he was sentenced to seven years in prison before his sentence was reduced on appeal the following year. In 2015, further charges were brought against him in connection to the Helwan Brigades case initiating another trial. Sahloob is currently detained in the notorious Scorpion prison.

Prior to his arrest, Khaled Sahloob was a media student who used to work as a freelance photographer. He then worked with several news outlets, including Al Jazeera. He also reportedly worked as freelance journalist at Rassd News Network.

On January 2, 2014, Sahloob was in a taxi in the Mokatam neighbourhood of Cairo when police officers stopped the taxi, checked his ID, searched him and arrested him alongside two others, reportedly for carrying a camera.

He was first taken to the State Security Branch in the El Sayda Zaiynab neighbourhood, Cairo. He was detained incommunicado for one month and denied his right to contact his family and lawyer. During this period, he was subjected to torture and ill-treatment by the National Security Agency (NSA). The NSA are specialised in policing terrorism and political cases. They have been accused of carrying out coercive interrogations amounting to cruel, inhuman or degrading treatment or punishment.

Sahloob was suspended with his hands over his head and left in that position for two days. The interrogators plucked hair off his beard hair and burned the hair on his body with cigarettes. He was also beaten on his head and body, and this treatment resulted in several injuries, including a dislocated shoulder, and clavicle fractures.

When Sahloob was first presented before the Supreme State Security Prosecution Office (SSSP) in January 2014, he was linked to the Marriot Cell case involving several Al Jazeera journalists that were sentenced by the Giza Criminal Court for being members of a group that was founded with the purpose of, among others, obstructing the rule of law, having “committed crimes of incitement against Egypt” and “producing false news”. Sahloob was specifically charged with “possessing publications and records that promoted the purpose of a group established against the law.”

Under constraint, he was forced to confess to “spreading false news”, “arousing public opinion”, and “promoting information harmful to national security” before the SSSP. He was also forced to sign an investigation report, despite not seeing the contents of it beforehand.

On February 20, 2014, Sahloob’s trial began before the Giza Criminal Court. He was denied his right to meet his lawyer before the trial began, and his lawyer was also prohibited from accessing his legal file. During the trial, Sahloob raised the issue of his torture in court, but no investigation was opened.

On June 24, 2014, he was first convicted by the Giza Criminal Court to seven years imprisonment on the basis of “membership in a terrorist group that was founded for the purpose of obstructing the rule of law and the constitution and spreading false news to harm national unity and societal peace”. His sentence was reduced on appeal to three years in prison on August 29, 2015.

While serving his sentence, Sahloob was linked to the Helwan Brigades case on February 11, 2015. Following mass arrests conducted by the Ministry of Interior, the prosecution referred, in February 2015, 215 defendants to trial in the case, including Sahloob, on the on the basis of article 12 of the Anti-Terrorism Law, which carries a range of sentences that include life imprisonment and death, depending on the ruling.

The Helwan Brigades case has been undermined by several violations of due process and fair trial guarantees. According to the advocacy group Egypt Watch, dozens of Sahloob’s co-defendants claimed to have been subjected to enforced disappearance and/ or to have been forced to make confessions under torture.

The case was referred to the 15th Chamber of the Cairo Criminal Court and the trial opened on August 30, 2015.

Sahloob was supposed to be released in 2017, after finishing his reduced three-year prison sentence in the first case. It has been reported that prosecutors overturned this release order on the basis that he is still under investigation in the second case.

Sahloob's trial in the Helwan Brigades case continued on January 30, 2022 under the chairmanship of Mohamed Sherine Fahmy. Judge Fahmy, is known for extending the pre-trial detention of activists without presenting evidence to establish any of the statutory requirements for pre-trial detention, as stipulated in article 134 of the Code of Criminal Procedures. He has also been criticised for not giving the detainees or their lawyers a meaningful chance to be present and make arguments thereby violating international standards of due process.

The next hearing has been set for June 19, 2022, during which the verdict against Sahloob should be delivered. Sahloob is currently detained in Scorpion prison.