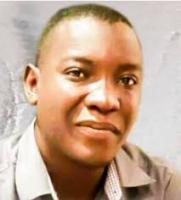 Sudanese journalist Ahmed Gouda was arrested on July 16, 2018 by the National Intelligence and Security Service (NISS) and forcibly disappeared until his release on September 18. Gouda was ‘blacklisted’ by the security services in 2016 over his coverage of protests in the country at the time, and continues to be banned from working as a journalist.

On November 26, 2016, while working as commentator on a sports programme on radio channel FM 104, Ahmed Gouda spoke about the protests ongoing in the country at the time over rising medicine prices. Later that day, Gouda was arrested by the NISS, and detained for more than 40 days. After his release, the NISS issued a one-year travel ban against him and ‘blacklisted’ him to ban him from working as a journalist in Sudan.

On May 12, 2018, Gouda was arrested again at his house in Omdurman by the NISS and held at their headquarters for interrogation for 16 hours. He was released the same day.

On July 16, 2018, Gouda was re-arrested at his house in Omdurman by the NISS and brought to an unknown place of detention. He was forcibly disappeared for more than two months, during which he was held for 45 days in a detention centre located in the NISS offices in Khartoum, and 19 days at the NISS detention centre in Kober Prison in Khartoum. While detained, Gouda began a hunger strike to protest against the wilful denial of medical care and the poor conditions of detention. He was released on September 18, 2018 without charge.

December 17, 2018: MENA Rights Group, Arab Coalition for Sudan, and Arab Media Crisis Network request intervention of UN Special Rapporteur on the promotion and protection of the right to freedom of opinion and expression
September 18, 2018: Released.
July 16, 2018: Arrested by the NISS and brought to an unknown place of detention
May 12, 2018: Arrested, held by the NISS for 16 hours for interrogation and released.
January 2017: Released; one-year travel ban issued against him; banned from working as a journalist after being ‘blacklisted’ by the NISS.
November 26, 2016: Arrested by the NISS.