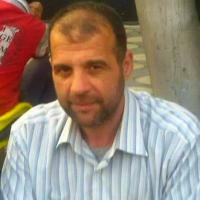 Abdulhamid Kabbani was abducted at a checkpoint in Aleppo in 2012. Last seen a month later at a military detention centre in the city, Kabbani remains missing to date.

Abdulhamid Kabbani, a supermarket owner and father of six, was abducted at the “Garage Al Hajz” crossing point in the Bustan al-Qasr neighbourhood of Aleppo on March 20, 2012. Kabbani had gone to check on his old house in the Salaheddine neighbourhood of Aleppo and to collect some of his belongings. While he was driving his car to return to his new house, he was stopped by the military security services, who controlled the “Garage Al Hajz” crossing at the time, connecting the area of Aleppo under the control of the Syrian authorities and the area under the control of the Free Syrian Army. The military security services arrested Kabbani without showing a warrant.

In March 2012, Kabbani’s relatives filed a complaint with the Justice Palace of Aleppo and, two years later, they filed a complaint to the National Reconciliation Commission, but to no avail. Kabbani was last seen a military security services detention centre in the New Aleppo neighbourhood on April 20, 2012.