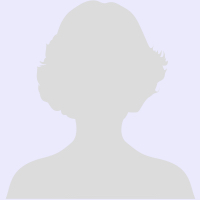 Nourah al-Qahtani is a Saudi national who was arrested on July 4, 2021 after she published various posts on Twitter, which were deemed to be critical of the authorities. On August 9, 2022, al-Qahtani was sentenced to 45 years in prison by Saudi Arabia’s Specialised Criminal Court of Appeal. She was previously sentenced to 13 years by the Specialised Criminal Court (SCC), based on terrorism charges pertaining to her exercise of her right to freedom of expression.

Nourah al-Qahtani was arrested on July 4, 2021, by agents of the Presidency of State Security (SSP). Prior to her arrest, al-Qahtani had been active on Twitter through two anonymous accounts, through which she advocated for human rights in Saudi Arabia, called for the release of political detainees and criticised human rights abuses committed by the Saudi authorities.

Due to the lack of information on the matter, not much has been known about al-Qahtani’s conditions of arrest, custody and pre-trial detention. However, on February 22, 2022, more than 220 days after her arrest, al-Qahtani was sentenced to 13 years in prison, with half of the sentence suspended, by the SCC, based on articles 43 and 46 of Law on Combatting Terrorism Crimes and its Financing, and to a 13-year travel ban, based on article 53(1) of the same Law.

The court also ordered that her phone and sim card be confiscated and that both of her Twitter accounts be shut down, in accordance with article 58 of the Counter-Terrorism Law. The court further ordered that a book in her possession, authored by detained Saudi scholar and prisoner of conscience Salman al-Odah, be confiscated.

On August 9, 2022, the Specialised Criminal Court of Appeal sentenced al-Qahtani to 45 years in prison on the basis of the Cybercrime Law and Counter-Terrorism Law.

The judges of the Specialised Criminal Court of Appeal upheld the initial sentence laid against al-Qahtani, but found her guilty of additional charges including “preparing, sending and storing information, through the internet, seeking to harm public order”, “seeking to disturb the social fabric, national unity, the societal cohesion and basic laws,” thereby sentencing her to a total of 45 years in prison. The court further sentenced al-Qahtani to a 45-year travel ban, under article 53 of the Counter-Terrorism Law.

On November 4, 2022, ALQST for Human Rights, Democracy for the Arab World Now (DAWN), and MENA Rights Group submitted al-Qahtani’s case to the UN Working Group on Arbitrary Detention (UN WGAD), calling on the UN WGAD to issue an opinion on the arbitrary nature of al-Qahtani’s deprivation of liberty and to call on the Saudi authorities to immediately and unconditionally release her.

August 9, 2022: Al-Qahtani is sentenced to 45 years in prison by the Specialised Criminal Court of Appeal.

February 16, 2022: Al-Qahtani is sentenced to 13 years in prison by the Saudi Specialised Criminal Court.

July 4, 2021: Al-Qahtani is arrested by agents of the Saudi Presidency of State Security (SSP)