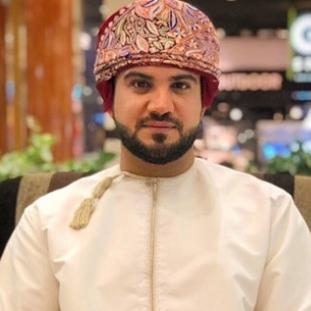 Mukhtar Al Hinai is a well-known journalist and human rights defender and one of the prominent activists of the 2011 mass protests in Oman. He is currently under a travel ban and facing judicial harassment by the Omani authorities in reprisal for sharing information on a corruption case involving members of the Omani government.

On March 9, 2022, Al Hinai wrote on his twitter account that members of the government had been convicted by the Muscat court for embezzlement and forgery. His main tweet, which has since been deleted, reads: “The Muscat Court has issued a ruling convicting 8 defendants of a felony of embezzlement and forgery... that occurred in one of the ministries.” Al Hinai additionally noted in his tweets that the Omani Ministry of Information has barred the Omani press from covering this case.

Shortly thereafter, on March 15, he was summoned by the Public Prosecution Department in Muscat to be interrogated about his tweets on the matter. He was charged under article 249 of the Omani Penal Code, which criminalises disclosing information about cases regarding which the court had prohibited the publication of information. A travel ban was also issued against him, and he was forced to delete the tweets. His trial is currently scheduled to take place on June 19, 2022. He faces between a month and two years in prison in addition to a fine.

In this regard, it has been claimed that the trial he tweeted about was public and that article 249 only barred publications related to ongoing trials, not concluded ones, as was the case of Al Hinai’s publication.

As a party to the UN Convention Against Corruption, Oman has a duty to promote the active participation of individuals and groups outside the public sector, such as civil society, non-governmental organisations and community-based organisations, in the prevention of and the fight against corruption and to raise public awareness to the issue. This implies “enhancing the transparency of and promoting the contribution of the public to decision-making processes” and “ensuring that the public has effective access to information.”

The charges and travel ban brought against Al Hinai for speaking out about corruption go directly against this duty.

Prior to these events, Al Hinai had already been arrested and interrogated by authorities in multiple occasions, following his participation in the 2011 mass protests in the country.

On June 16, 2022, MENA Rights Group submitted Al Hinai’s case to the UN Special Rapporteur for Freedom of Opinion and Expression, asking her to intervene with the Omani authorities to call for the lifting of the charges and travel ban against Al Hinai, which amount to a form of reprisal for the exercise of his right to free expression.

June 16, 2022: MENA Rights Group requests the urgent intervention of the UN Special Rapporteur on freedom of opinion and expression.
March 15, 2022: Al Hinai is summoned by the Public Prosecution Department in Muscat to be interrogated about his tweets. He is charged with criminal offences, forced to delete the tweets and placed under a travel ban.
March 9, 2022: Al Hinai posts on his twitter account that members of the government had been convicted by the Muscat court for embezzlement and forgery.