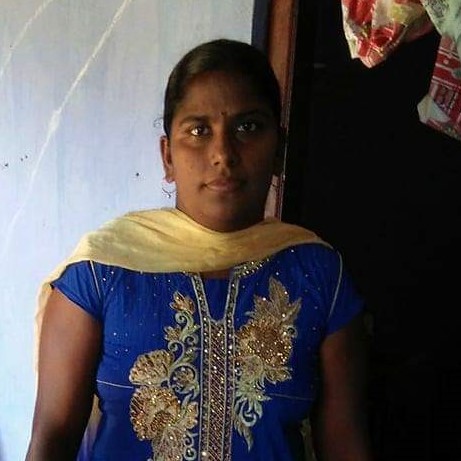 On March 3, 2020, Jeya Vijayakumar flew to Dubai to work as a housemaid. However, two days after arriving, she was transferred to Oman by the agency sponsoring her travels. Vijayakumar last phoned her husband, on July 23, 2020, in a state of distress after she was subjected to physical and verbal abuse by her employers. The agency then informed Vijayakumar’s husband that his wife had fled from her employers and was under police custody. However, the Royal Omani Police never acknowledged her detention, and she remains disappeared.

On March 3, 2020, Jeya Vijayakumar flew to Dubai to work as a housemaid. After arriving in the United Arab Emirates, the agency sponsoring her travels, Mushadik Travels, informed Vijayakumar that they had found a placement for her in Dubai. However, two days later, she was misled and was instead taken to Oman from Dubai.

On July 23, 2020, she phoned her husband in a state of distress and provided the following statement: “the people living in this house have verbally and physically assaulted me. They hit me and have cut my hair. They are getting ready to send me away to another place”. When he asked her why she was subjected to such treatment, she responded that she did not know why and that she feared for her life. It was the last time he heard from her.

On July 25, 2020, a Dubai-based employment agency known as “Rasik” informed Vijayakumar’s husband that she had been transferred to another household from Oman. He was later informed by the same agency that his wife had fled from the house she was transferred to on July 29, 2020. In a subsequent call, the agency stated that his wife was under police custody.

The husband was then contacted by an unknown agent who asked him to provide LKR 600’000 (USD 3’000) as a fee to bring back his wife to Sri Lanka. The husband agreed to pay the fee but, fearing that it was a scam, asked to speak with his wife first. However, the agency was unable to meet with the husband’s demand.

The causes and circumstances of Vijayakumar’s disappearance have not all been clarified. However, according to the information received by her husband, she was detained by the police after she disappeared.

On July 30, 2020, Vijayakumar’s husband lodged a complaint with the Sri Lanka Bureau of Foreign Employment in Trincomalee. In August, he presented himself at the Bureau of Foreign Employment where he was told that his complaint would be investigated. After a while, the husband was informed by one of the officers that they hoped to contact the manager of Mushadik Travels using Skype but lacked functioning equipment. Since then, the Bureau never updated Vijayakumar’s husband about the steps taken to locate his wife.

On September 8, 2020, he filed a complaint with the Sri Lanka Foreign Affairs Ministry to urge them to take action with its Omani counterparts.

On August 2, 2021, the Sri Lanka Embassy in Oman sent a fax to the Foreign Secretary explaining that on June 17, 2021, “the mission requested Royal Oman Police through the foreign Ministry of Oman to find out whereabouts of Mrs Wijaya Kumar Jaya since she is not contactable.” In the same document, it is mentioned that the Foreign Ministry of Oman has sent a Note Verbale to the Sri Lankan Embassy dated July 25, 2021 stating that Vijayakumar was absconded from the sponsor with effect from November 4, 2020.

On September 21, MENA Rights Group and Sisters at Law requested the urgent intervention of the UN Committee on Enforced Disappearances. The Royal Oman Police should clarify whether it has been responsible for Vijayakumar’s detention. If Vijayakumar has indeed been placed under police custody, the State party should provide the reasons for her deprivation of liberty.

Migrant domestic workers subjected to human rights violation in Oman face many obstacles to access domestic remedies. Migrant domestic workers have few avenues for redress and risk imprisonment and deportation for “absconding,” even when fleeing exploitation or abuse. In the present case, the absence of accessible remedies was reinforced by the fact that the family of the disappeared person live in Sri Lanka. For that reason, Vijayakumar’s family were only able to present the facts of the case to the Omani agencies via Sri Lankan channels.