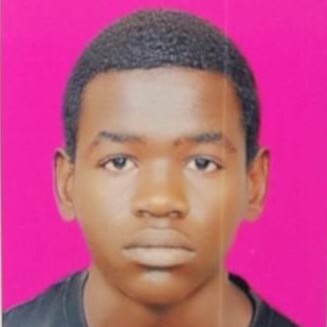 Lire la page en français
On June 24, 2022, Mazen Dafallah attempted to cross the border between Morocco and the Spanish enclave of Melilla, joining a group of nearly 2,000 migrants. Since then, his relatives have not heard from him and know nothing of his fate or whereabouts.

Mazen Dafallah is a Sudanese national who arrived in Morocco nearly a year ago in hopes of reaching a European Union country.

Early in the morning of June 24, nearly 2,000 migrants, including Dafallah, attempted to cross the border between Morocco and the Spanish enclave of Melilla. As they came close to the high chain-link fences surrounding Melilla, Spanish and Moroccan security forces used excessive force to prevent them from crossing of the border.

The Spanish civil guards used tear gas and rubber bullets. On their side, the Moroccan forces, composed of the Auxiliary Forces, the National Security, the Gendarmerie, the Army and the local security forces, hit indivduals with truncheons.

Videos of the intervention led by Moroccan security forces show bodies lying on the ground in pools of blood and police officers beating men who are visibly injured and lying on the ground.According to the official death toll established by the authorities, 23 people died on June 24, 2022. Non-governmental sources put the death toll at 27 or even 37.

As early as June 26, graves were dug in the cemetery of Nador to bury the bodies of the deceased. The Moroccan authorities were then accused of having tried to organise collective burials in haste, “without investigation, without autopsy, without identification”.

On June 29, 2022, a letter was sent to the Attorney General of Nador by the Nador section of the Moroccan Association for Human Rights (AMDH Nador), requesting that the Moroccan authorities open an investigation into the events of June 24, 2022, and proceed with the identification of the deceased and missing persons, including Dafallah.

A meeting was held between AMDH Nador and the National Council for Human Rights on June 28, 2022 during which AMDH Nador raised the issue of the disappeared. In addition, AMDH Nador went to the morgue of the Nador hospital on June 30, 2022 with photos of missing persons. Its representatives also requested information from the director of the hospital, but to no avail. Dafallah’s fate and whereabouts thus remain unknown.

The events of June 24, 2022 illustrate the coordination of Moroccan and Spanish migration policies, which has been marked by numerous human rights violations.

On July 7, 2022, MENA Rights Group requested the urgent intervention of the UN Committee on Enforced Disappearances to urge Spain and Morocco to clarify the fate of Dafallah.

July 7, 2022: MENA Rights Group requests the urgent intervention of the UN Committee against Enforced Disappearances.
June 29, 2022: The Moroccan Association for Human Rights (AMDH) in Nador urges the Nador Prosecutor General to open an investigation into the events of June 24, 2022 and to identify the dead and the disappeared.
July 26, 2022: Graves are dug in the cemetery of Nador to bury the bodies of those who died on June 24, 2022.
June 24, 2022: Nearly 2,000 people, including Mazen Dafallah, attempt to cross the Moroccan border into the Spanish enclave of Melilla.