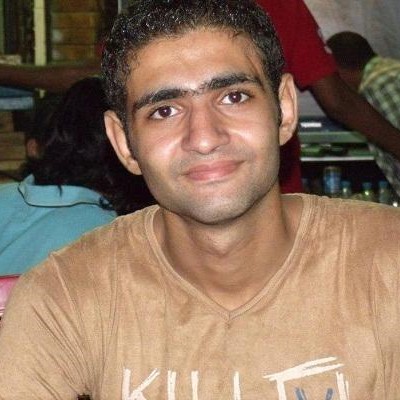 Egyptian human rights defender Moka was arrested on September 10, 2019, and accused of joining a terrorist group, spreading false news, and misusing social media. In April 2020, he was accused again by the Supreme State Security Prosecution (SSSP) of the same crimes. In December 2020, he was accused of joining an illegal organisation and funding terrorism. On June 2 ,2022, Moka was released from prison.

Abdulrahman Tareq (popularly known as “Moka”) is an Egyptian human rights defender who works with Al Nedal Centre for Rights and Freedoms. He dedicated his work to defending the right to freedom of expression in Egypt, and the rights of prisoners.

Moka was first arrested in November 2013 (Case No. 12058 of 2013), in relation with the “Al Shura Council case”, when activists organised a protest against military trials for civilians in front of the Shura Council and were subsequently arrested.

He was released on bail on December 4, 2013, during the first trial session. On June 11, 2014, he was sentenced to 15 years’ imprisonment for “organising an unauthorised demonstration, attacking a police officer, stealing a walkie-talkie, blocking the road, disrupting public order and damaging public property”. The sentence was pronounced in absentia as he was barred from accessing the courthouse that day.

On January 25, 2015, he was arrested. His sentence was subsequently reduced to three years by the Cairo Criminal Court in July 2015, after a re-trial. Another six months of imprisonment were added to his sentence for having a phone inside his cell. He was held in Tora El Mazraa prison. In October, 2018, he was released.

His prison sentence was then followed by a three-year probationary period, during which he had to spend 12 hours a day at the Qasr Al Nil police station. On September 10, 2019, he was forcibly abducted from the street before entering the police station for his daily judicial observation. At first, police officers denied holding him. A day later, he re-appeared at the office of the SSSP, where he was interrogated in Case No. 1331 of 2019. He was accused of “joining a terrorist group, spreading false news, and misusing social media” by the prosecutor during the interrogation, and was placed in pre-trial detention.

On March 10, 2020, the Criminal Court of Cairo ordered his release on precautionary measures. He was, however, never released, but kept at the Qasr Al Nil police station for 50 days, pending State Security approval. On April 30, 2020, he was referred to the SSSP again to be interrogated in a new case, Case No. 558 of 2020, in relation to the accusations of “joining a terrorist group, spreading false news, and misusing social media” – the same accusations he faced in the previous case. The SSSP ordered Moka into pre-trial detention in this case.

On September 22, 2020, the Criminal Court of Cairo ordered the release of Moka under precautionary measures. However, again, the release order was never implemented. On December 3, 2020, after being held without legal basis for over two months, the SSSP accused him of involvement in Case No. 1056 of 2020, which is investigating the alleged “establishment and funding of a terrorist organisation”. Moka was accused of “joining an illegal organisation” and “funding terrorism” by the prosecutor during his interrogation. Neither the name of the “illegal organisation” nor the evidence, on which the SSSP allegedly based itself, were specified in the new case.

In the first week of August 2021, Moka attempted suicide after he was denied a family visit. When his family visited, they tried to bring food and a radio charger that the authorities confused with a phone charger. They were accused of trying to smuggle a phone charger into prison. As a punishment, Moka was placed in the disciplinary room for 24 hours, after which he tried to take his life.

On December 2, 2021, MENA Rights Group submitted Moka’s case to the UN Working Group on Arbitrary Detention, asking them to issue an Opinion as to the arbitrary nature of his detention. MENA Rights Group highlighted the fact that Moka was subjected to the practice of “rotation” (tadweer), which is used by the Egyptian authorities to circumvent pre-trial detention maximum periods and prolong the detention de facto indefinitely.

On June 2, 2022, Moka was released from prison after Egyptian public prosecution ordered his release following a statement from the Presidential Pardons Committee in May 2022, which included a list of over "1000 political prisoners."

June 2, 2022: Moka is released from prison.
December 2, 2021: MENA Rights Group requests the UN Working Group on Arbitrary Detention (WGAD) to issue an Opinion on Moka’s case, arguing that he is subjected to the practice of “rotation” and is therefore detained arbitrarily.

August 2021: Moka attempts suicide after he was denied a family visit.

December 3, 2020: Moka is accused by the SSSP of joining and funding a terrorist organisation.
September 22, 2020: The Criminal Court of Cairo orders his release on precautionary measures.

April 30, 2020: After 50 days of detention at Qasr Al Nil police station, Moka is referred to the SSSP to be interrogated again.

March 10, 2021: The Criminal Court of Cairo orders his release on precautionary measures.

September 11, 2019: Moka reappears at the office of the SSSP where he is interrogated, and accused of joining a terrorist group.
September 10, 2019: While serving a three-year probationary period, Moka is abducted from the street on his way to the police station.
October 2018: Moka is released from the Tora El Mazraa prison.

July, 2015: The Cairo Criminal Court reduces his sentence to three years, yet adds six months for having a phone inside his cell.
January 25, 2015: Moka is arrested.