On November 11, 2019, Iraq’s human rights record was examined before the UN Human Rights Council (HRC) during the country’s third UPR. The UPR is a peer-review mechanism by which UN Member States make recommendations to the country under review on how to improve its human rights record. Iraq is then required to notify the HRC of the recommendations it wishes to accept and those it rejects during the upcoming 43rd session of the HRC in March 2020.

On October 1, 2019, protests erupted in Baghdad and southern cities calling for improved services and more action to curb corruption. The demonstrations were met by excessive and unnecessary lethal force by Iraqi security forces. More than 300 people have been killed and 15,000 injured since the beginning of the unrest. In addition, the Ministry of Communications repeatedly disconnected the Internet and blocked social media platforms for prolonged periods of time.

Responding to these abuses, several states called upon the Iraqi authorities to uphold the right to freedom of peaceful assembly and expression. To do so, France urged the authorities to lift all restrictions on access on the internet and Slovakia recommended that Iraq “undertake prompt, thorough and impartial investigations of arbitrary killings linked to demonstrations that occurred since 1st of October this year, as well as into all allegations of torture and other ill-treatment, including enforced disappearances and summary executions, committed on any territory under its jurisdiction”. Since October 1, MENA Rights Group has documented four cases of demonstrators who have been abducted after attending demonstrations.

In this context, Moldova recommended that Iraq adopts the draft law on freedom of expression, assembly and peaceful demonstration in full compliance with international human rights law. However, MENA Rights Group notes that the draft law should be amended prior to adoption as the text in its current form contains several flawed provisions that would severely restrict the peaceful exercise of freedom of expression as well as the right of peaceful assembly in the country.

Since Iraq’s second UPR in 2014, the fight against the so-called Islamic State of Iraq and the Levant (ISIL) escalated. It was marked by grave violations of international humanitarian law and international human rights law committed by all parties to the conflict, including the indiscriminate and disproportionate targeting of civilians, widespread extrajudicial killings, enforced disappearances and arbitrary detention. Indeed, Iraq remains the country with the highest number of enforced disappearances in the world. The authorities routinely place detainees in terrorism-related cases outside the protection of the law, through holding them incommunicado, in solitary confinement and in secret detention facilities for months if not years, creating an enabling environment for torture. Between 2014 and 2017, the Iraqi forces, including militias from the Popular Mobilisation Forces (PMF), disappeared hundreds of actual, or perceived, Sunni Muslims from areas that were under ISIL control.

Iraq still lacks a legal framework that could contribute to halting the widespread and systematic practice of torture and enforced disappearance. Malta recommended that Iraq “continue[s] with the drafting of legislation aimed at preventing torture and curbing enforced disappearances with the aim of bringing it in line with international obligations.” Two draft laws are currently pending before the Iraqi parliament, but they fall short of the applicable international standards.

Concerns regarding the appropriateness of existing counter-terrorism legislation was raised by North Macedonia, which recommended that Iraq addresses “the breadth of the definition of terrorism and ensure that any existing or new counter-terrorism legislation is fully compliant with the International Covenant on Civil and Political Rights (ICCPR) and that measures taken to combat terrorism are fully compatible with the Covenant.”

Iraq remains one of the most frequent user of the death penalty worldwide with 125 executions carried out in 2017 and 52 in 2018 making it the world’s fifth executioner according to Amnesty International. Iraq’s domestic law punishes with the death penalty crimes that do not meet the threshold of the “most serious crimes”, including Law No.13 of 2005 on counter-terrorism. Given this situation, several states recommended that Iraq accedes to the Second Optional Protocol to the ICCPR, aiming at the abolition of the death penalty (OPII ICCPR). A minima, several states recommended the adoption of an immediate moratorium as a first step towards the abolition, while others recommended that the authorities reduce the number of crimes punishable by death.

Switzerland recommended that Iraq reforms its anti-terrorist legislation so as to guarantee a fair trial for the accused. The non-observance of fair trial norms characterised the trials against 11 French nationals accused of belonging to a terrorist organization (i.e. ISIL). The Central Criminal Court of Iraq (CCCI) sentenced them to death between May 26 and June 3, 2019.

Iraq has until the 43rd session of the Human Rights Council – which will run from February 24, 2020 to March 20, 2020 – to provide responses to the recommendations it received during its UPR. Iraq will commit itself to implementing accepted recommendations ahead of its next review, which will take place in 2024. 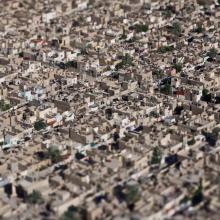