Saudi Arabian academic, Hala al-Dosari and a representative of the United Kingdom-based Campaign Against Arms Trade (CAAT) also took part in the gathering.

Today, on Human Rights Day 2018, human rights organisations working on Saudi Arabia call on the authorities to take eight specific measures in order to improve the human rights situation in the country and in countries where they exercise influence:

1. Commit to freedom of expression, association and assembly

2. Commit to international standards in the administration of justice

3. End the use of torture and cruel, inhuman and degrading treatment

4. Advance the rights of women

6. Ensure the protection of human rights and fundamental freedoms while countering terrorism

7. Promote a culture of respect to human rights, including by promoting the rights of cultural diversity

8. With respect to the conflict in Yemen 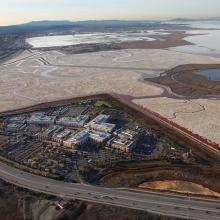