With a profound sense of loss and deep sadness, we mourn the passing of the tireless human rights defender Alaa Al Siddiq, 33, who died in a car accident in the United Kingdom on Saturday, June 19, 2021.

We have lost a dear colleague and one of the finest and most talented activists who fought with every ounce of her being to advance the cause of the prisoners of conscience in the United Arab Emirates (UAE) and justice in the broader MENA region. Alaa, the Executive Director of the U.K.-based ALQST for Human Rights, a non-profit organisation advocating for human rights in the Gulf region, is the daughter of detained Emirati activist, Muhammed Al Siddiq, who was stripped of his citizenship and is currently imprisoned in the UAE for his peaceful demands for reform. He has been subjected to enforced disappearance and torture, before being sentenced to ten years in prison following a grossly unfair mass trial known as the ”UAE 94”. Authorities have also revoked the citizenship of his children who have been rendered stateless as a result and have faced discrimination ever since.

Alaa had been living in exile in the United Kingdom since the beginning of 2019. She has bravely campaigned for the release of her father and of all activists languishing in UAE prisons, and fought fearlessly against injustice everywhere.

Despite all attempts to break her spirit and the hardships she faced, including harassment and threats, she never doubted that the struggle for freedom and justice would succeed.

Her death is an immeasurable loss not only for her family and loved ones, but for the entire human rights community.We are forever grateful for her outstanding devotion to human rights. Her work and exemplary courage will remain an inspiration for us all and will guide our relentless efforts to fight for the respect of human rights in the MENA region.

We extend our sincere condolences and heartfelt sympathies to her family, friends, and colleagues.

May Alaa rest in peace and power.

The statement is made on behalf of the below organizations: 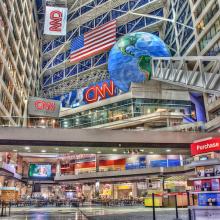