In a joint statement, MENA Rights and 18 human rights groups condemned Biden's decision to grant military aid to Egypt, despite the U.S. administration's vow to put human rights at the centre of its foreign policy.

The Biden administration’s reported decision to bypass the human rights conditions on $300 million in Fiscal Year (FY) 2020 Foreign Military Financing (FMF) is a terrible blow to its stated commitment to human rights and to the rule of law. This administration has repeatedly vowed to put human rights at the center of its foreign policy and specifically its relationship with Egypt. This decision, however, is a betrayal of these commitments. By immediately releasing $170 million and temporarily withholding the remaining $130 million, the administration sidesteps the intent of Congress, which passed legislation clearly stating that $300 million in U.S. military aid should be withheld until Egypt has taken steps to “strengthen the rule of law,” “implement reforms that protect” basic freedoms, and “hold Egyptian security forces accountable.”

The Biden administration has frequently sought to distinguish itself from the Trump administration by claiming to take a stronger stance on human rights and promising to be tough on Egyptian President Abdel Fattah al-Sisi, whom Biden referred to as “Trump’s favorite dictator.” With that context, it is especially dismaying to see this decision, a notably weaker position than that taken by the Trump administration in the same situation in August 2017. We note that the U.S. government has already obligated $1 billion in military aid to Egypt for FY20, not one dollar of which was conditioned on human rights.

If the administration’s dedication to human rights were sincere, this decision would have been simple: withhold the $300 million in military aid as conditioned by Congress to incentivize al-Sisi to change course. Instead, the administration chose to ignore its commitment to human rights by evading the legislative conditions through a vague, previously unused provision in the law. Given the appalling scale of abuses committed since 2013 by the Egyptian government, one of the largest recipients of U.S. military aid, it is imperative that congressional conditions on FMF be enforced to end the impunity around these systematic abuses.

We therefore call on Congress to strengthen the language of FY22 appropriations to prevent the administration from repeating such actions in the future and to make clear that the Biden administration’s decision violates congressional intent, undermines the human rights of Egypt’s citizens, and further erodes the standing of the United States. 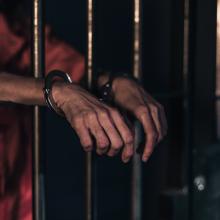 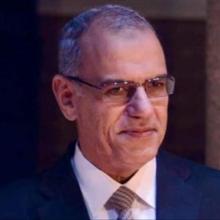 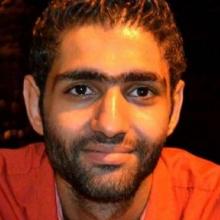