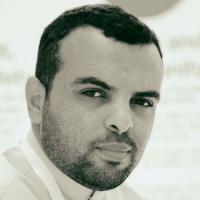 Al Muraisy was arrested from his home in Riyadh on June 1, 2018 by officers of the National Security Service dressed in civilian clothes, and taken to an undisclosed location. His fate and whereabouts remain unknown for nearly a year. He is currently held in Al-Hayer prison without charge.

On June 1, 2018, Al Muraisy returned to his home in Riyadh after taking his five-year-old son to a specialised hospital to receive treatment. Upon his return, he was arrested by officers of the National Security Services dressed in civilian clothes, and forcibly taken to an unknown location. It is only about a year later, on May 15, 2019, that Al Muraisy was allowed to communicate with his family by phone and informed them that he was being held in Al-Hayer prison.

Despite never making any public statements on Saudi politics, there is reason to believe that Al Muraisy was arrested because he is viewed as an influential journalist, who has refused to publically show his commitment to the Saudi authorities by partaking in official campaigns or following orders on what to write. In addition, in June 2016, Al Muraisy appeared in a televised interview with well-known Islamic scholar Salman Al Odah, who remains in prison after being arrested in September 2017 for a tweet in which he called for mediation between the Qatari and Saudi authorities in the context of the Gulf diplomatic crisis.