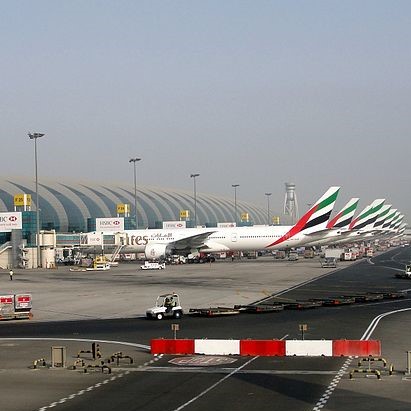 On January 15, 2018, Abdelrahman Chouman and Ahmad Sobh, two Lebanese nationals who both lived and worked in the UAE, were arrested after being accused of setting up a terrorist cell with links to Lebanon’s Hezbollah. Following their arrest, both were sentenced to heavy penalties by the Federal Supreme Court after an unfair trial involving six other defendants, on May 15, 2019. On February 17, 2020, their sentences were upheld on appeal. On September 25, 2021, Ahmad Sobh was released and returned to Lebanon on the basis of an amnesty.

Abdelrahman Chouman and Ahmad Sobh, two Lebanese nationals living in the United Arab Emirates since the early 2000s, were both arrested by members of the State security on January 15, 2018. Following their arrest, they were taken to a secret detention center to be questioned, where Chouman reported being severely tortured by his interrogators. Although Chouman was denied contact with the outside world for more than a year while detained, Sobh was allowed to contact his family three months after his arrest following their transfer to Al Awir Central jail in March 2018.

Chouman and Sobh were never presented to a judicial authority before the opening of their trial on February 13, 2019. They were only informed of the charges held against them at the second session of the trial, on February 27, 2019, when the State Security Prosecutor accused them of “communicating with Hezbollah in favor of Iran and collecting sensitive security information from the UAE’s ports and airports.”

Their trial, where neither of the defendants were allowed direct access to their lawyers, was characterised by the non-observance of fair trial norms. The court did not allow them to access the prosecution file and the evidence against their clients, in breach of the equality of arms principle. Under such circumstances, it was extremely difficult for the lawyers to prepare their cases and represent their clients adequately. To make matters more concerning, Chouman told the court that during the trial he was forced to sign a statement under torture. Similar claims were made by the other defendants in the case but the judge did not order an investigation into his claims.

The Federal Supreme Court is a court of first and last instance, competent in matters of State security and terrorism. Following a country visit to the UAE conducted in 2014, the Special Rapporteur on the independence of judges and lawyers highlighted that the exclusive competence of the Federal Supreme Court, in certain criminal cases without the possibility of review by a higher judicial court, was in breach of international human rights standards. Thus, the Federal Supreme Court should not be considered as an independent and impartial tribunal insofar as the president and judges of the Court are appointed by decree.

On January 27, 2020, the UN Working Group on Arbitrary Detention urged the Emirati authorities to take all necessary measures to guarantee the rights of Chouman and Sobh not to be deprived arbitrarily of their liberty and to fair proceedings before an independent and impartial tribunal. However, the Federal Supreme Court in Abu Dhabi upheld their sentence on February 17, 2020. They are currently serving their sentences in the Al Wathba prison where several cases of Covid-19 have been detected. Their families worry about their health in detention. In light of the unsatisfactory sanitary conditions, Sobh’s lawyer submitted an application for amnesty to the State Security Public Prosecutor on March 23, 2020.

On September 25, 2021, Ahmad Sobh was released and returned to Lebanon on the basis of an amnesty.