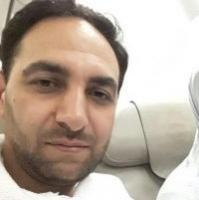 Syrian businessman Khaled Abdulaziz was disappeared while travelling from the city of Medina to Mecca in Saudi Arabia during the Hajj pilgrimage in September 2017. He remained disappeared for 19 months before his family learned that he was being held in Al Ha'ir political prison in April 2019.

On August 26, 2017, Abdulaziz travelled with his mother from Turkey to Mecca to undertake the Hajj pilgrimage. After completing the Hajj rituals, Abdulaziz and his mother traveled to Medina.

Abdulaziz’s family remained unaware of his fate and whereabouts for the next 19 months. At the end of April 2019, his family learned that he is being held in Al Ha'ir political prison, and were allowed to visit him for the first time.

April 2019: Family learns that Abdulaziz is being held in Al Ha'ir political prison and he receives his first family visit.
February 4, 2019: MENA Rights Group and Alqst submit case to UN Working Group on Enforced or Involuntary Disappearances.
September 12, 2017: Abdulaziz is disappeared while travelling from Medina to visit the Grand Mosque in Mecca.
August 26, 2017: Abdulaziz travels with his mother to Mecca to undertake the Hajj pilgrimage.