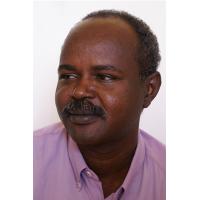 Over the course of 2018, Sudanese journalist Ahmed Younis was summoned repeatedly and interrogated by the National Intelligence and Security Service (NISS) over articles he published. He was officially banned from working as a journalist in the country in June 2018, and had his press card and press licence revoked. The ban was lifted two months later in August 2018.

On May 5 and June 7, 2018, Younis was summoned by the NISS and questioned about two articles he had written for Sharq Al Awsat. These articles focused on the political divisions within the ruling party in Sudan, and on the confiscation of a newspaper issue by the NISS that reported on the consequences of the economic crisis on the lives of the people of Sudan. On both occasions, he was released after two hours of interrogation.

On June 14, 2018, the NISS requested that the External Information Council of the Ministry of Information revoke Younis’ press licence and card, and informed him that he was banned from working as a journalist in the country. Younis was not allowed to challenge this decision before any independent judicial authority.

On August 27, 2018, the ban from working as a journalist in the country was lifted and Younis had his press card and licence reinstated.