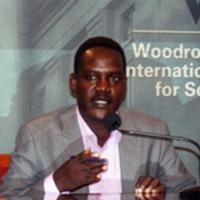 Rudwan Dawod was arrested on January 16, 2019 in Khartoum, Sudan by the National Intelligence and Security Service (NISS). His whereabouts are still unknown to date.

On January 16, 2019 at around 5 p.m., human rights defender and political activist Rudwan Dawod failed to show up to a meeting at Al Souq Al Arabi in Khartoum.

On the morning of January 17, his wife received a message from someone who had been arrested with Dawod the previous day. He informed her unofficially that they were arrested by members of the NISS, and that after their arrest, they were brought to a place known as the “security information centre”, where they were interrogated for several hours. He also stated that Dawod had been beaten on his face and chest. He then informed her that Dawod had been transferred to a detention centre located at the NISS offices near the Shendi bus station in Khartoum. A person who was released from the Shendi detention centre later unofficially confirmed seeing Dawod at the centre in the days following the arrest.

Dawod’s wife contacted the U.S. Embassy in Khartoum on January 16 to inform them of his disappearance. The embassy subsequently contacted the NISS to enquire about his whereabouts. On January 19, they went to the NISS headquarters to request access to Dawod in prison, but to no avail.

On February 2, 2019, Dawod was able to make contact with his family with a brief phone call. However, he was unable to tell them where he was being detained, nor why he was arrested.

February 18, 2019: Rudwan Dawod is released.
February 7, 2019: MENA Rights Group requests intervention of UN Working Group on Enforced or Involuntary Disappearances.
January 19, 2019: NISS refuses to give the U.S. Embassy in Khartoum access to Dawod in prison.
January 17, 2019: Family unofficially informed that Dawod was held at the “security information centre” before being transferred to the Shendi detention centre.
January 16, 2019: Arrested by the NISS in Khartoum.