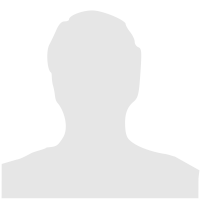 On January 17, 2019, Ibrahim Almanna was hit on the head by a tear gas canister fired by the Rapid Support Forces (RSF) while he was participating in a peaceful demonstration in Khartoum.

On January 17, 2019, Ibrahim Almanna participated in a peaceful demonstration near the presidential palace in Al Souq Al Arabi neighbourhood in Khartoum.

The National Intelligence and Security Service (NISS) and the RSF deployed in the area started to disperse the protest by firing tear gas. Almanna was hit in the back of his head by a tear gas canister fired by the RSF. Almanna sustained a severe head injury as a result of which he was hospitalised at Al Baraha hospital on January 19, 2019.

The event took place in the context of a violent crackdown on the nationwide protests that have been taking place in Sudan since mid-December 2018.

February 28, 2019: MENA Rights Group refers the case to the UN Special Rapporteur on extrajudicial, summary or arbitrary executions.
January 19, 2019: Transferred to Al Baraha hospital.
January 17, 2019: Sustains a head injury as a result of being hit by a tear gas canister during a peaceful protest.