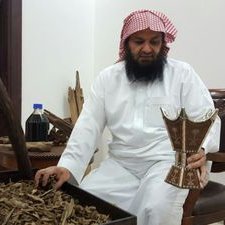 On April 22, 2016, Sulaiman Al Dowaish was abducted while on a work trip to Mecca. He was then brought to the Royal Palace in Riyadh, where the Crown Prince of Saudi Arabia, Mohammed bin Salman, began physically assaulting him and admonishing him for a series of tweets he had posted. Al Dowaish was last seen at an unofficial prison located in the Al Khuzama Palace in Riyadh. His fate and whereabouts remain unknown to date.

In the evening hours of April 21, 2016, Sulaiman Al Dowaish published several tweets summarising a religious lecture he delivered that day during a trip to Mecca. In his tweets, Al Dowaish warned about the dangers of individuals providing their sons with great privileges and responsibilities, without proper oversight and accountability.

The next day at 9 a.m., Al Dowaish left the place where he was staying, in the Al Rawabi neighbourhood in Mecca, and called his friend. While on the phone with his friend, Al Dowaish ended the phone call abruptly. He has not been heard from since.

According to an eyewitness, on the day of his disappearance, Al Dowaish was brought, handcuffed, to the office of Saudi Arabia’s crown prince, Mohammed bin Salman, at the Royal Palace in Riyadh. Bin Salman then forced Al Dowaish onto his knees and proceeded to punch him in the face and waist area, after which Al Dowaish began bleeding from his mouth and lost consciousness. According to the witness, Mohammed bin Salman began reprimanding Al Dowaish about his recent tweets while he assaulted him.

A few weeks after he was disappeared, Al Dowaish’s family looked up his name on the website of the Saudi General Investigative Directorate (Al Mabahith) and found his name listed. He was categorised as a “security suspect,” with the phrase “under investigation” listed under his name. The website additionally provided the date of arrest, which was April 22, 2016.

In 2018, former co-detainees informed Al Dowaish’s family that they had been held with Al Dowaish in an unofficial detention facility, belonging to the Saudi Royal Court and located in the basement of a Saudi Royal Palace in Riyadh, known as Al Khuzama Palace. According to witnesses, their imprisonment was overseen by Maher Al Mutreb and they were interrogated and tortured by Saud Al Qahtani, both close advisors of the crown prince of Saudi Arabia.

Despite reaching out to various institutions and individuals, including the Mecca Police, the General Investigative Directorate, the Deputy Minister of Interior, the Agency for State Security Affairs and the Royal Court, Al Dowaish’s family has not been provided with any information regarding his fate or whereabouts.

After enquiring at the Office for Security Coordination, within the Ministry of Interior, one of the office’s employees informed the family that Al Dowaish’s name was in their files and that he was accused of three charges, namely “interfering with the public order”, “offending the office of the crown prince”, and “inciting public opinion against the State”. Al Dowaish’s family asked the Office for Security Coordination to bring Al Dowaish before a judge so that he may be officially informed of the charges pressed against him. However, the Office for Security Coordination then denied having any file on Al Dowaish and informed the family that he was still disappeared and that the employee who provided them with information regarding his arrest was mistaken and will be subjected to disciplinary sanctions.

In 2018, Sulaiman Al Dowaish called his family, from a US-based phone number, for less than a minute. During the call, he told his family he was in Turkey. After four months, he called his family again from the same phone number and informed them that he was in Syria, and that he had “joined the Islamic State of Iraq and the Levant (ISIL)” and that he will be “conducting a military operation soon”. The family was shocked by the phone call and appealed to prince Ahmad bin Abdulaziz, Saudi Arabia’s former Minister of Interior. Ahmad bin Abdulaziz then informed the family that Al Dowaish was not in fact in Syria but was conducting these phone calls from Riyadh (which the family believe was done under duress). The family then reached out to prince Abdulaziz bin Saud bin Nayef who promised to intervene and locate Al Dowaish, but to no avail.

On April 6, 2021, MENA Rights Group and ALQST for Human Rights appealed to the UN Working Group on Enforced or Involuntary Disappearances to call on the Saudi authorities to clarify the fate and whereabouts of Sulaiman Al Dowaish.

April 6, 2021: MENA Rights Group and ALQST for Human Rights request the intervention of the UN Working Group on Enforced or Involuntary Disappearances.
2018: Former co-detainees inform Al Dowaish’s family that they had been held with Al Dowaish in a secret detention facility, belonging to the Saudi Royal Court, in Riyadh.
May 3, 2016: Al Dowaish’s family visits the Ministry of Interior to ask about his whereabouts, after seeing that he was listed as a “security suspect” on the Saudi General Investigative Directorate’s website.
April 22, 2016: Al Dowaish is disappeared while on a work trip to Mecca.