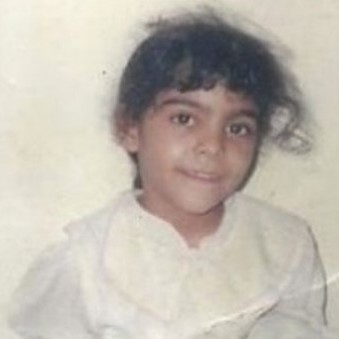 Israa Al Ghomgham is a Saudi human rights defender from Qatif. After Al Ghomgham and her husband Mousa Al Hashim took part in protests, they were arrested in December of 2015. On February 10, 2021, she was sentenced to eight years in prison by the Saudi Specialised Criminal Court (SCC).

Israa Al Ghomgham is a Saudi human rights defender from Al Qatif, a region in Saudi Arabia’s Eastern Province with a Shi’a majority. In the wake of the Arab Spring in 2011, protests erupted across Saudi Arabia’s Eastern Province, calling for the end of discrimination against Saudi Arabia’s Shia population and the release of anti-government protestors, many of whom had been detained for years without charges. Al Ghomgham documented the protests in Qatif which took place from 2011-2012. Over the course of these protests, more than 20 people were killed, and hundreds injured.

After Al Ghomgham and her husband Mousa Al Hashim took part in these protests, they were arrested in December 2015. For more than two years, Al Ghomgham was detained, without charges, at Al Mabahith prison in Dammam. She was then brought to trial on August 6, 2018. Al Ghomgham was charged under article 6 of the Anti-Cybercrime Law and was also facing other charges related to her participation in the protests. During the first hearing of her trial, the Public Prosecutor called for the death penalty against her and four other activists, on the basis of ta’zir, i.e., the judge’s discretion to pass sentence as he sees fit. This took place despite the fact that article 6 of the Anti-Cybercrime Law provides for a maximum sentence of five years in prison.

Al Ghomgham’s trial marked the first time that a woman in Saudi Arabia faced the possibility of execution on charges relating to her peaceful activism. On January 31, 2019, in response to international pressure, the Saudi authorities announced that Al Ghomgham would not face the death penalty. On 10 February 2021, she was sentenced to eight years in prison by the SCC.

Al Ghomgham was sentenced alongside five other activists who received lengthy prison terms under article 6 of the Anti-Cybercrime Law, in connection to their social media activity, in addition to other charges related to their participation in protests. The court sentenced Al Ghomgham’s husband, Mousa Al Hashim, to 17 years, Ahmed Al Matrood to 15 years, Khaled Al Ghanim to 13 years, Ali Al Ouwaisher to 10 years, and Mujtaba Al Muzain to 8 years. Though the ruling of the SCC is preliminary, the activists have submitted an appeal within the required 30-day period, and the appeals process is currently pending.

On April 14, 2021, MENA Rights Group and ALQST for Human Rights sent an urgent appeal to the UN Special Rapporteur on the situation of human rights defenders, asking her to call on the Saudi authorities to immediately and unconditionally release Al Ghomgham and other detained activists.

April 14, 2021: MENA Rights Group and ALQST for Human Rights request the urgent intervention of the Special Rapporteur on the situation of human Rights defenders.
February 10, 2021: Al Ghomgham is sentenced to eight years in prison by the SCC.
January 31, 2019: Following international pressure, Saudi authorities announce that Al Ghomgham would not face the death sentence.
August 6, 2018: The first hearing of Al Ghomgham’s trial takes place. The Public Prosecutor calls for the death penalty against her and four other activists.
December 6, 2015: Israa Al Ghomgham and her husband Mousa Al Hashim are arrested.