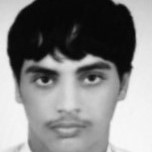 Abdullah Awad Salim Al Shamsi is an Omani student who was attending high school in the United Arab Emirates when he was arrested and subsequently held in secret detention and subjected to severe torture. He was sentenced to life imprisonment by the Abu Dhabi Federal Court of Appeals on May 6, 2020, which was then confirmed by the Federal Supreme Court a few months later. He was released on April 17, 2021.

Abdullah Awad Salim Al Shamsi, was attending high school in the United Arab Emirates when he was arrested by state security forces, without a warrant, at 11 a.m. on August 18, 2018. Al Shamsi was subsequently held incommunicado in a secret detention facility for over six months, before being transferred to Al Wathba prison, Abu Dhabi.

During Al Shamsi’s incommunicado detention, he was held in a room with no windows and subjected to torture in order to extract a confession to espionage on behalf of Qatar. It is believed that under the duress of torture, Al Shamsi made confessions which incriminate himself and his uncle, who was arrested one month after Al Shamsi.

Since his transfer to Al Wathba prison, Al Shamsi has been able to receive weekly visits from his parents. However, Al Shamsi has not been able to meet with his lawyer, nor receive consular assistance from the Omani embassy. It is believed that Al Shamsi spent over one year in detention before being formally charged and referred to trial. On May 6, 2020, Al Shamsi was sentenced to life imprisonment by the Abu Dhabi Federal Court of Appeals in relation to charges of “damage of national or public interest” and “attempted communication with a foreign state”. The sentence was confirmed by the Federal Supreme Court on August 10, 2020.

On May 28, 2020, Al Shamsi tested positive for COVID-19. His mother was not officially informed, as she has been prevented from communicating with him by phone for several months and denied visits since the outbreak of COVID-19. The day of the test, his mother went to the prison to enquire about his condition, but the prison authorities denied that he was sick. They then forced her to leave and refused to provide her with further details.

Following the results, he and other infected detainees were isolated in another wing of the prison. However, he was not transferred to a hospital and continues to be denied appropriate healthcare.

Al Shamsi is suffering from a malignant tumour in his remaining kidney. Years prior to his arrest, he had his other kidney removed and was subsequently treated for cancer. Mr Al Shamsi also suffers from a psychiatric condition. According to his family, his condition has recently worsened and they remain concerned about his well being.

On May 1, 2020, after MENA Rights Group submitted a request for an opinion, the Working Group on Arbitrary Detention (WGAD) adopted Opinion 34/2020. In its Opinion, the WGAD stated that “the authorities must invoke that legal basis and apply it to the circumstances of the case through an arrest warrant, which was not implemented in the present case”. The Working Group added that “Mr. Al Shamsi was not afforded the right to take proceedings before a court so that it may decide without delay on the lawfulness of his detention in accordance with articles 3, 8 and 9 of the Universal Declaration and principles 11, 32 and 37 of the Body of Principles”. In light of this, the WGAD emphasised that Al Shamsi was being detained arbitrarily and called on the authorities for his immediate release.

In addition, the WGAD noted that throughout its 29 year history, there have been about 26 cases where United Arab Emirates was found to have violated its international human rights obligations. The WGAD subsequently expressed its concern that “this indicates a systemic problem with arbitrary detention in United Arab Emirates, which amounts to a serious violation of international law,” warning that under certain circumstances, such violations may constitute crimes against humanity.

On April 17, 2021, the Emirati authorities released Abdullah Al Shamsi as part of an amnesty before expelling him to Oman.

April 17, 2021: Abdullah Al Shamsi is released and expelled to Oman.
August 10, 2020: The Federal Supreme Court confirms the life imprisonment sentence against Al Shamsi.
May 6, 2020: Al Shamsi is sentenced to life imprisonment by the Abu Dhabi Federal Court of Appeals.
May 1, 2020: The Working Group on Arbitrary Detention issues Opinion 34/2020, stating that Al Shamsi is being detained arbitrarily and calling on the authorities to immediately release him.
November 12, 2019: MENA Rights Group submits a request for opinion to the Working Group on Arbitrary Detention (WGAD).
Early February 2019: Al Shamsi is transferred from a secret detention facility to Al Wathba prison in Abu Dhabi.
August 19, 2018: Al Shamsi’s disappearance is reported to police who allege that they are unaware of his whereabouts.
August 18, 2018: Al Shamsi is arrested by state security forces whilst returning home at approximately 11 a.m.