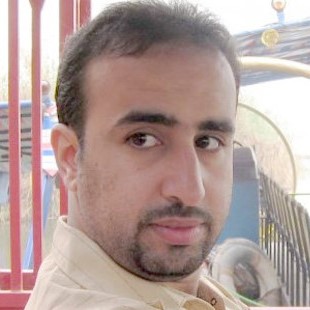 In March 2015, the Specialised Criminal Court (SCC) sentenced human rights defender Mohamed Al Bajadi to four years in prison and another four with suspension, followed by a 10-year travel ban. Released on April 21, 2016, he was rearrested during the summer of 2018. He is currently being detained without charge.

Al Bajadi’s trial began in August 2011. His trial was held in secret as neither the charges nor the sentence were made public. Furthermore, his lawyers were denied access to him and informed that their right to represent him had not been recognised by the court.

On April 10, 2012, the SCC sentenced Al Bajadi’s to four years of imprisonment followed by a five-year travel ban. The Court found him guilty of “participating in the establishment of an unlicensed organization”; “harming the image of the State through the media”; “calling on the families of political detainees to protest and hold sit-ins”; “contesting the independence of the judiciary” and “having banned books in his possession”.

Without informing Al Bajadi, the Court of Appeal rejected the sentence handed down by the SCC and sent the case back to the same Court for retrial. Al Bajadi’s second trial started on August 15, 2013. In March 2015, the SCC sentenced him to four years in prison and another four with suspension, followed by a ten-year travel ban. He was released on April 21, 2016.

He was rearrested in May 2018. He is currently being detained without charge.

October 9, 2019: MENA Rights Group and ALQST submit case to Special Rapporteur on the situation of human rights defenders and Special Rapporteur on the rights to freedom of peaceful assembly and of association ahead of the 10-year anniversary of ACPRA.
May 24, 2018: Rearrested and detained without charge since.
April 21, 2016: Released
September 5, 2016: Sentenced by the SCC to four years in prison and another four with suspension, followed by a ten-year travel ban, following a second trial.
April 10, 2012: Sentenced by the SCC to four years in prison followed by a five-year travel ban
August 2011: Beginning of the trial before SCC.
March 21, 2011: Arrested by members of the Bureau of Investigation and Prosecution (BIP) after attending a protest in front of the Ministry of Interior.