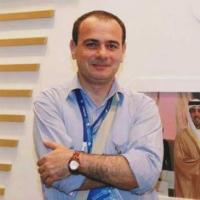 On December 13, 2015, Salman was summoned by the Criminal Investigation Department of Abu Dhabi. Upon arrival at its premises, he was immediately arrested by state security officers and forcibly disappeared for two months.

On February 18, 2016, Salman was allowed to contact his family for the first time after his arrest. He informed his relatives that he was detained at Al Wathba prison in Abu Dhabi, where he was interrogated about a Facebook post he had published in 2014 criticising the UAE’s policies towards Gaza during Israel’s “Operation Protective Edge” attack.

On October 27, 2016, Salman was charged with publishing information online with the “intent to ridicule or damage the reputation, prestige or stature of the state or any of its institutions or its president, vice-president, any of the rulers of the Emirates, their crown princes, or the deputy rulers of the Emirates, the State flag, the national peace, its logo, national anthem or any of its symbols” on the basis of article 29 of the Cybercrime Law.

Despite completing his custodial sentence on December 12, 2018, Salman remained in detention because he could not afford to pay the fine issued against him. Under the UAE legal framework, Salman could be held for an extra day for every 100 UAE Dirhams he owed, for a period of up to six months.

Salman was eventually released from Al Wathba prison and flown back to Jordan on February 12, 2019. He passed away on February 18, 2021, due to health issues.

February 18, 2021: Taysir Salman passes away.
February 12, 2019: He is released from Al Wathba prison and flown back to Jordan.
December 20, 2018: MENA Rights Group submits urgent appeal to UN Working Group on Arbitrary Detention.
December 12, 2018: Completes custodial sentence, but continues to be detained.
October 20, 2017: UN Working Group on Arbitrary Detention issues Opinion No.58/2017, declaring his detention arbitrary and calling for his immediate release.
March 15, 2017: Sentenced to three years in prison and a fine.
October 27, 2016: Charged with publishing information “to ridicule or damage the reputation, prestige or stature of the state”.
February 18, 2016: First contact with family after arrest.
December 13, 2015: Arrested by state security officers.